How low can people go? Pretty dang low if you look at how deep we’ve managed to dig ourselves.

No, that’s not some kind of a statement. We’re talking literally digging underground as far as we possibly can.

As it turns out, people have drilled deeper into the Earth’s crust than you might imagine. Whether it’s for security, science, resources, or just because we can, we seem as eager to go underground as we are to fly to space.

China’s Central Military Commission’s Joint Battle Command Centre is an impressive achievement in underground architecture. This enormous structure is buried more than 6,500 feet under a national park near Beijing.

The Joint Battle Command Center is more than just a military site, though. In the event of nuclear war, it’s designed to shelter China’s top political and military leadership, in addition to up to one million other people.

The Sudbury Neutrino Observatory (SNO) was an underground research facility in Canada. Its most impressive feature is the gigantic round tank filled with more than a ton of heavy water.

Looking like something out of a science fiction movie, researchers used the tank to detect solar neutrinos. The detector was shut down in 2006 after operating for seven years.

Since then, the SNO has been expanded into a permanent underground facility called SNOLAB. They’re currently refurbishing the huge detector to bring it back into service. 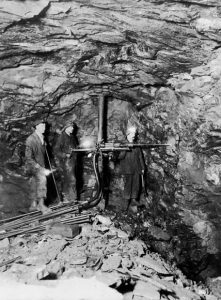 Two different underground complexes claim the eighth spot on our list. Both the China Jinping Underground Laboratory (CJUL) and the Creighton Mine reach around 7,870 feet in depth.

The CJUL is a Chinese research facility beneath the Jinping Mountains in Sichuan. Chinese scientists use it to study neutrinos and dark matter, among other things. Its depth makes it an ideal environment for these tests, as the surrounding rock blocks cosmic radiation almost completely.

Creighton Mine in Canada is part of the same underground complex that houses the SNO. It was originally started in 1901 as a pit mine before the miners delved underground in 1906. Currently, work is underway to dig the mine even deeper.

The Gotthard base tunnel in Switzerland is the world’s deepest traffic tunnel. Stretching for around 35 miles, it slices through the Alps at a depth of more than 8,000 feet.

Digging began in 2004 and workers finally broke through on the other end in 2011. Today, around 10,400 passengers go through the tunnel every day.

Morro Velho is a gold mine complex in southeastern Brazil. It’s by no means a new mine complex — the first mines at the site were opened already in 1725.

Work has continued ever since and miners have only dug deeper and deeper. In fact, until 1928, Morro Velho was the deepest mine in the world at 7,126 feet.

Now, parts of it now reach down to 9,800 feet. Wonder if they can make it even deeper.

Kolar Gold Fields is a mining region in the state of Karnataka in southwestern India. Although it was primarily known for gold mining (as you might’ve guessed), the area has seen plenty of other activities too.

Mining operations in the area actually stopped in 2001 when a collapse in gold prices made continuing them unfeasible. Between the 1960s and 1992, Kolar has also been a site for various particle physics experiments. 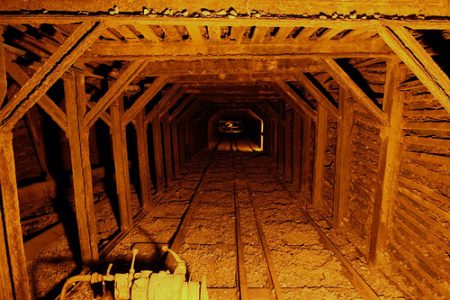 The Empire Mine was founded in 1851 during the California Gold Rush when one George Roberts discovered gold in the area. Over the next 100 years, it became one of the deepest mines in the world. In total, it has 367 miles of underground tunnels.

Mining activities finally came to a halt in 1956. But that didn’t spell the end for Empire Mine. In 1975, California turned the site into a state historic park. 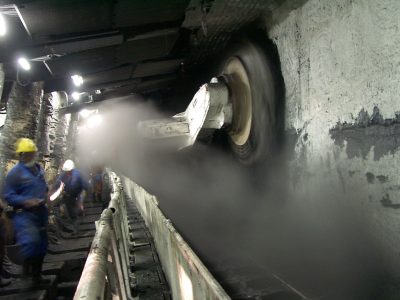 TauTona Mine, in the province of Gauteng in South Africa, was opened in 1962. At the time, its main mine shaft descended 1.2 miles underground.

Since then, TauTona has doubled in depth and today it’s around 12,800 feet deep. Until 2008, it was actually a deepest mine in the world. But then…

The Mponeng Gold Mine, nearly neighboring Tautona, took over its record as the deepest mine in the world in 2008. It takes more than an hour to travel from the surface to the bottom of Mponeng’s 13,100-foot-deep mine shafts.

Not only is Mponeng the world’s deepest mines, but it’s also one of the world’s richest. There are at least two substantial gold veins in the mine. Miners excavate nearly 6,000 tons of rock every day but the mine only needs to extract 0.3 ounces of gold per ton of rock to stay profitable.

“But you said you were going to ignore oil boreholes,” you say. Well, although the Kola Superdeep Borehole started as an oil borehole, it’s now used for scientific purposes.

And there’s a good reason for it to top this list. Measured in true vertical depth, the Kola borehole is the deepest manmade structure in the world.

It’s unlikely that we’ll ever get deeper underground without some significant advancements in technology. According to those that worked on the Kola borehole, they found that the unexpectedly high temperature at the depth the hole reaches turned stone into a sticky, plastic-like consistency, making further drilling practically impossible.

Model ditches tweezers and embraces unibrow as it’s like a ‘fashion...

A Video Appears To Show A Fish Cut In Half Refusing...