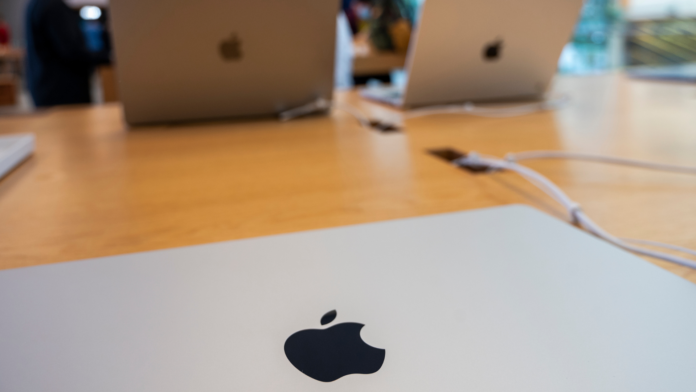 After years of refusing to implement touch screens into its computers, Apple appears to have relented and is at work on a new MacBook Pro with a touch display, Bloomberg reports.

According to Bloomberg’s Mark Gurman(Opens in a new window), the MacBook Pro is due for release in 2025, and, “if all goes to plan,” the company will probably bring touch screens to other Macs.

As Gurman notes, most major computer manufacturers like Microsoft, Alphabet Inc’s Google, Asus, and Dell offer laptops with touch screens and have done so for years.

As two of Apple’s current goals are to unify the software and services on all of its devices and build on its share of the personal computer market, the move makes both logical and commercial sense, Gurman notes.

Currently, the closest Apple users can get to using a laptop with a touch screen is by purchasing a Magic Keyboard, attaching it to an iPad, and using a trackpad or mouse which the iPad has supported since 2020.

In years previous, Apple openly ridiculed the concept of including touch screens on computers while its competitors were rolling touch displays on their laptops and computers. The company defended its choice not to implement touch screens because it would be “ergonomically terrible,” while stating that the macOS wouldn’t offer a good touch experience anyway.

With the Touch Bar, Apple has somewhat toyed with touch screen capability on Macs while still steering clear of completely rolling it out. Released in 2016 on new MacBook Pro designs, the thin OLED strip fit just above the keyboard and allowed users to adjust volume, and access tools and apps through touch. It was shelved as a feature in 2021, with current MacBook Pro designs featuring physical buttons instead.

Apple did not immediately respond to PCMag’s request for comment.

Meanwhile, Apple is also reportedly readying for the launch of its first microLED displays, which Gurman notes, boast “brighter and better color reproduction and can be seen from more angles.”

The displays are set to show up in an Apple Watch Ultra update at the end of next year before potentially being rolled out on the iPhone “a few years after,” Bloomberg reports.

Bloke Casually Uses His Recently Amputated Foot As A Pillow In...

‘Pot Noodle King’ has eaten the snack daily for a decade...