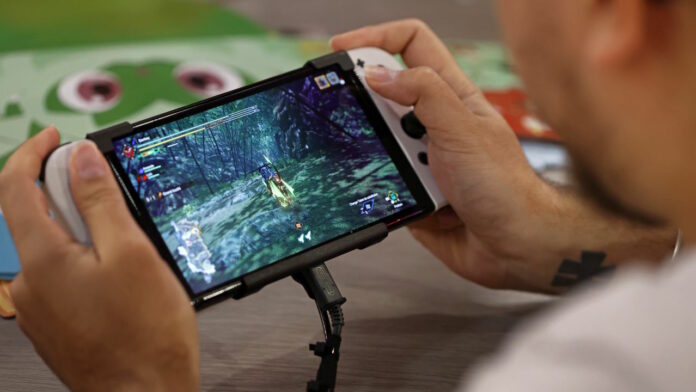 Anyone waiting patiently for a next-gen Switch console to launch will be disappointed to hear Nintendo is preparing to increase production of the existing Switch hardware.

Nintendo lowered its sales expectations for the hybrid console last year, but more due to chip shortages than falling demand. However, as Bloomberg reports(Opens in a new window), production is apparently set to ramp up from April. That’s according to “people familiar with the matter.”

As of September last year, over 114 million of the consoles in its various guises had been sold, with the top 10 games all selling between 14.5 million (Ring Fit Adventure) and 46.8 million (Mario Kart 8 Deluxe) units. Continued sales of the console are assured during 2023 due to one new game in particular: The Legend of Zelda: Tears of the Kingdom, which is expected to launch in May.

The Legend of Zelda: Breath of the Wild, which launched alongside the console in 2017, has sold 27 million copies and the follow-up game is sure to be another system seller. Add to that Octopath Traveler II, Kirby’s Return to Dream Land Deluxe, Pikmin 4, Metroid Prime 4, and many more, and it’s clear that Nintendo really doesn’t need to rush out new hardware this year.

Husband Asks Company To Hide Car Parts From Wife So They...

Prepare To Be Jealous Of The Couple Living The Travel Dream