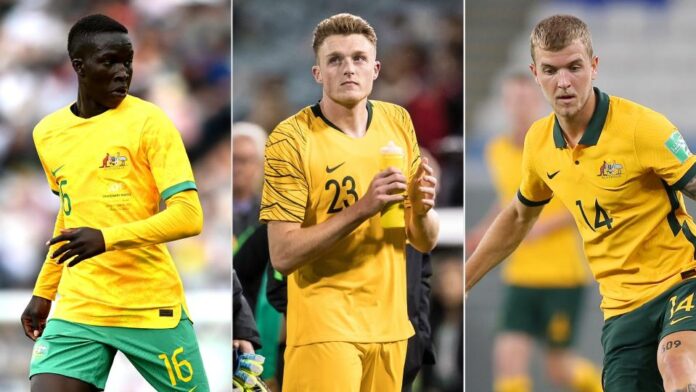 Australia will be looking to bounce back quickly from their tough opening round match at the World Cup when they take on Tunisia on November 26.

Despite getting off to the perfect start with a wonderfully worked goal for Craig Goodwin, the Socceroos couldn’t sustain their momentum and were eventually overhauled by a France side led by Kylian Mbappe and Olivier Giroud.

All is not lost for Graham Arnold’s men, though; there were plenty of positive signs especially in the opening 25 minutes, and they have a more than winnable match ahead of them against Tunisia. The African side will still give them a good fight after their 0-0 draw with Denmark, and it is set to be a very even match that is crucial for both sides.

Below is the latest information on the starting lineup that Graham Arnold has chosen for the group-stage match against France on November 22 local time.

A positive from the France defeat was the fact that no new injuries were picked up, and the fact that defenders Harry Souttar and Kye Rowles completed the full 90 minutes.

With star attacking midfielder Ajdin Hrustic set to return to the starting side after sitting out the France match, any other changes made by Arnold would be tactical ones.

With Hrustic likely to return, it means Riley McGree would return to the bench unless there is a formation or tactical change. Cam Devlin’s workrate and tenacity could also see him elevated as a surprise starter.

In defence, we could see Fran Karacic and Bailey Wright come in for Nathaniel Atkinson and Rowles who both endured difficult games, but they were up against top class opposition, and Arnold may opt to give them another chance.

Here are the 26 names on Australia’s World Cup squad in Qatar:

Monster dinosaur T-rex may have actually been 70% bigger than we...