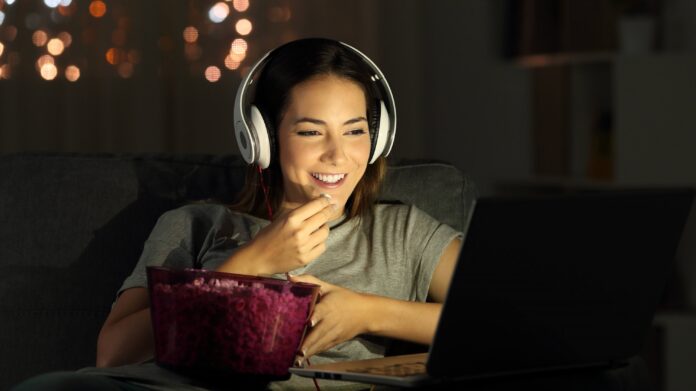 With winter fast approaching, it’s a good time to get your cozy on and settle in for some binge watching. But what to watch? It may seem like you’re subscribed to every streaming service under the sun, from Netflix to HBO Max, but you can always have more.

Maybe you ditched cable, but miss your CBS procedurals; that’s where Paramount+ comes in. Looking to dive deeper into the 90 Day Fiancé universe? Discovery+ is at your service. And they’re both available at a steep discount for Black Friday, alongside several other services.

Though Amazon’s Prime Video service itself isn’t getting a discount, you can take advantage of Prime Video Channels, which are adds-on streaming services that you’re charged for via your Amazon account. Usually, there’s no discount for connecting a third-party service to Amazon; it’s more the convenience of paying for all your streaming services in one spot. But for Black Friday, a number of streaming services will be available for $1.99 for two months via Amazon.

Discovery+’s library of content reaches deep into several lifestyle and documentary categories and is available for a reasonable monthly price. We dinged it for lack of offline downloads on mobile and other expected features, but with this deal, you can binge-watch all that TLC, Lifetime, and others have to offer for less than $3.

Hulu is a dependable option for streaming new and classic shows as well as live TV on nearly every platform. It’s a top choice among video streaming services, and for Black Friday, the ad-supported version is just $1.99 per month for one year.

See what all the fuss is about with The White Lotus and House of the Dragon on HBO Max. For Black Friday, its ad-supported tier is just $1.99 per month for three months.

Paramount+ improves on CBS All Access by offering more original shows and sports at a lower price, courtesy of all the channels that ViacomCBS owns, including BET, CBS, Comedy Central, MTV, Nickelodeon, and Smithsonian Channel. For Black Friday, you can get 50% off if you commit to a one-year plan through Nov. 27. Essential is $24.99, while Premium is $49.99. The latter drops the ads, includes more sports and your local CBS station live, plus the ability to download shows.

Peacock presents popular NBC network shows along with a worthwhile collection of movies to stream. It’s where you’ll find The Office, as well as originals like Girls5eva. Some of its catalog is available via free, ad-supported tier, but if you want to level up to more content (still with ads), it’s just 99 cents per month for one year instead of $4.99.

Live TV streaming service Philo offers a valuable mix of entertainment and lifestyle channels at a reasonable price, though it lacks news networks and sports content. If that’s not a deal breaker, new subscribers can get $20 off one month of Philo with code THANKS, starting on Friday.

Sling TV enables you to watch dozens of live television channels for a moderate monthly fee and offers extensive programming options. It also lets you rent movies and offers a free tier of on-demand and preprogrammed content.

Does Roku cost a monthly fee?

Roku doesn’t cost a monthly fee, though services available on the Roku platform like Hulu and Netflix can.

What channels do you get for free with Roku?

The Roku Channel offers access to a variety of free movies and TV shows. You can also get Crackle, Pluto TV, Tubi, and other services with free content.

Will Roku work without internet?

Can I watch CBS, NBC, and ABC on Roku?

Several channels and networks have their own apps on Roku that offer on-demand programming with ads or even live feeds. You can also get a live television service like Sling TV or YouTube TV that might include streams of your preferred networks.

What exactly is a Fire TV?

How much is Fire TV per month?

The Fire TV platform doesn’t cost anything per month, though an Amazon Prime subscription is required to watch any content on Amazon Prime Video. Non-Amazon services like Hulu and Netflix can also charge their own monthly subscriptions.

What is the difference between a Fire TV and a Fire Stick?

The Fire TV Stick is a media streamer you can plug into any TV with an HDMI port to use the Fire TV platform and any apps and services available on it. A Fire TV television is a TV with Fire TV built in, letting you use the platform without plugging anything into it.

What is the monthly cost of Apple TV?

The Apple TV+ streaming service is $6.99 per month. The Apple TV 4K media streamer doesn’t charge a monthly fee itself, though individual services like Apple TV+, Hulu, and Netflix can charge their own subscription fees.

Apple TV+ is not free on Amazon Prime.

Is there a monthly fee for using a Chromecast?

The Chromecast doesn’t require a monthly fee. However, individual services available on the Chromecast, like Amazon Prime Video, Hulu, and Netflix, might charge their own fees.

Do I need Wi-Fi for Chromecast?

You need a Wi-Fi network for any of the features on a Chromecast device.

Can you use a Chromecast with any TV?

Any TV with an HDMI port can use a Chromecast device.

Can a Chromecast work on a non-smart TV?

A smart TV isn’t required, because the Chromecast With Google TV provides its own media streaming platform.

Can a Chromecast work without a phone?

Early Chromecast models required a phone to work, but the current Chromecast With Google TV (both HD and 4K versions) has its own on-screen interface and remote to control it. y if you didn’t snag a discount on Black Friday, another popular time to get a discount on a huge TV. If you want the best TV versus a discounted one, the spring is often when new TV models arrive in stores.

Looking for a Deal?

Sign up for our expertly curated Daily Deals newsletter for the best bargains you’ll find anywhere.

Mum appalled as shop sends her savage message when she tries...

‘I make funky dog collars that are far from boring –...