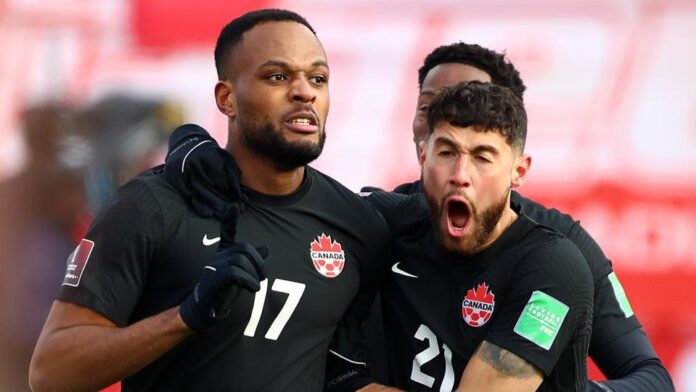 It wasn’t the result Canada was looking for, but in their first World appearance in 36 years, Canada impressed on the international stage, dropping a close 1-0 decision to Belgium.

It was a promising showing for a young Canada bubbling with excitement. Les Rouges placed with pace and energy, giving the No. 2 team in the world fits.

Up next for Les Rouges is a matchup with Croatia. Coming into the 2022 World Cup ranked No. 12 by FIFA, Croatia began the tournament with a 0-0 draw to Morocco, giving them one point in Group F.

It’s a big game for Canada, who currently sit last in the group and need to get points in their next two matches in order to win to qualify for the knockout stage.

Here is everything you need to know about how to live stream the match in the United States, as well as in Canada.

World Cup fans in the USA can watch the 2022 tournament in both English and Spanish-language broadcasts on fuboTV, which carries both FS1 and Telemundo.

New users of fuboTV can take advantage of a free trial (U.S. only) just in time for the Qatar kick-off.

Fans in Canada can stream the game on the CTV GO app, CTV.ca. They can also stream it on TSN.ca and the TSN app which features a 24/7 live-streaming channel.

Watch Canada vs. Croatia online in the U.S.

For existing cable, satellite, and telco subscribers, as well as subscribers to Peacock in the USA, there are other ways to watch the match online.

Subscribers to cable, fiber, or satellite service can watch matches in English or Spanish via authentication using their existing subscription login:

Existing subscribers to Peacock can livestream every FIFA World Cup match in Spanish as the Telemundo and Universo broadcasts are simulcast since both Spanish-language channels are part of the NBC family of networks.

Fox’s free streaming platform Tubi will have a channel dedicated to the World Cup with highlights, analysis, and match replays in 4K.

Bell Media offers streaming via the TSN app, TSN GO, and on the TSN website, TSN.ca.

For Bell Media cable customers with TSN in their subscription package, they can sign in to the TSN GO app with their cable login and access content at no additional charge.

Fans can also purchase a subscription to the streaming service via either a monthly or yearly subscription, allowing fans without cable to access all of TSN’s content, including the 2022 FIFA World Cup.

As CTV is also a Bell Media channel, the streaming process for games available on CTV is not different than those on TSN. However, more fans will be able to access streaming for these games.

CTV is a terrestrial channel across Canada, meaning that all providers with CTV in their package will be able to access games broadcast on CTV.

Beyond the World Cup, all content streamed via CTV outlets will show content from a user’s local CTV affiliate, which may be different based on your location.

Here’s the complete rundown of World Cup matches that can be streamed on fuboTV in English and Spanish throughout the tournament.

Your Body Experiences Cravings, Anxiety And Loads Of Other Symptoms After...

Bride uninvites stepdad from wedding after he demanded to walk her...

Loads Of Women Have A Freckle In Exact Same Place