A team from National Yang Ming Chiao Tung University has developed a foot-pressure-sensing insole to detect Parkinson’s disease. Using tiny Raspberry Pi computers, they managed to create something discreet that can monitor people as they walk around in their own shoes.

What is Parkinson’s disease?

Parkinson’s disease is a neurodegenerative disorder that mostly affects people aged over 60, though it can affect younger people too. One symptom that can suggest a diagnosis of Parkinson’s disease is an abnormal gait – that is, when someone’s walk has changed from its usual pattern. It’s this that the project aims to detect.

While there is currently no cure for Parkinson’s, many people respond well to treatment with medication and physical therapy, and early detection gives people a better chance of a good quality of life for as long as possible.

Eight FlexiForce sensors are placed evenly on each insole of a user’s shoes to measure their gait as they go about their day: 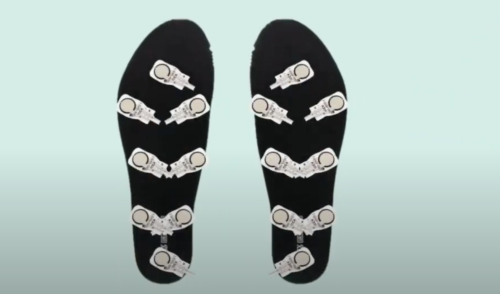 Foot sensors on soles of shoes to detect Parkinson’s disease

A Raspberry Pi 3 is fixed to a strap around the user’s knee and paired with Himax WE-I Plus. Cables connect the knee- strapped hardware to the sensors in the insoles. 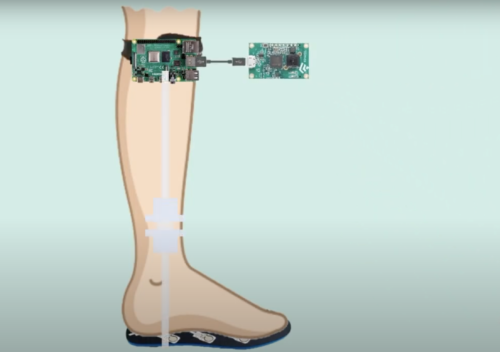 How does it work?

The sensors in the user’s shoes detect pressure across the whole foot while walking. Data is then processed by the Raspberry Pi and the user’s gait is assessed. Users pair the device with a mobile app to see their results. The app also shows real-time data while they’re walking. 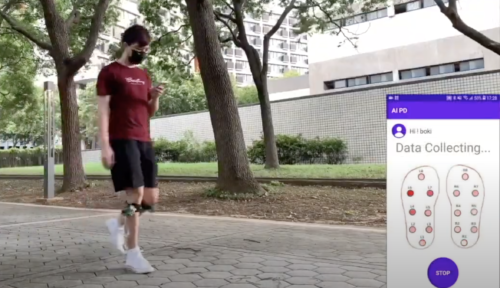 A user with the devices strapped to their knees, checking out real-time data from the sensors in their shoes

The team took advantage of a free online database that collects foot pressure data from both Parkinson’s disease patients and people without Parkinson’s who have a typical gait. They used this to train their own machine learning model, which predicts whether a user has a gait that may indicate Parkinson’s disease. 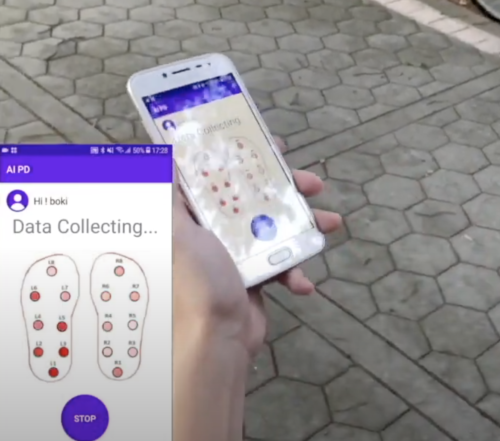 Check out a live demo from this point in the project video.

The team submitted this project in the 2021 Synopsys ARC AIoT Design Contest and scored a second-place prize. Check out more project videos from this year’s submissions.

Assessing gait as part of a diagnosis of potential Parkinson’s disease usually requires that patients take trips to the hospital to have tests on large pressure-sensored walking mats. The team’s new device offers a much more portable and affordable approach.

You can offer your link to a page which is relevant to the topic of this post.

The Best Headphones for 2021

The Best Wireless Headphones for 2021