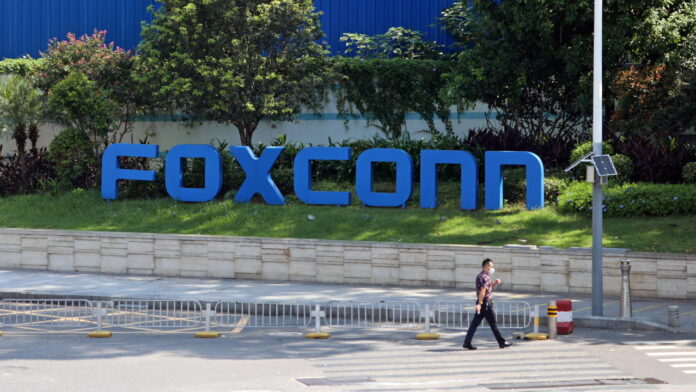 Foxconn decided the easiest way to end the violent protests at the world’s largest iPhone factory is to offer disgruntled workers money to leave.

As Bloomberg reports(Opens in a new window), the protests earlier this week were spearheaded by new hires at the company. Foxconn had enticed them to the factory with the promise of higher wages, but once on-site, they discovered the higher rate wouldn’t be paid unless they stayed at the factory until March.

Instead of agreeing to pay the higher wages immediately, Foxconn is offering 10,000 yuan ($1,400) to workers if they decide to leave. The money will be paid in two installments and is meant to help cover the costs of traveling home. Foxconn is clearly hoping this will also rid the factory of unrest so everyone can get back to work.

In contrast, a report by the BBC(Opens in a new window) claims Foxconn suffered a technical error in its payments system, which led to a promised subsidy for new workers not being paid. Foxconn also claimed workers would be receiving the pay promised in recruitment posters, but didn’t comment on the stipulation regarding needing to remain at the factory until March.

When asked about the situation at the iPhone factory in Zhengzhou, Apple said in a statement, “We have Apple team members on the ground at our supplier Foxconn’s Zhengzhou facility … We are reviewing the situation and working closely with Foxconn to ensure their employees’ concerns are addressed.”

According to a report by Business Insider(Opens in a new window) back in January, Foxconn workers typically earn around 7,000 yuan a month, so a 10,000 yuan payment to leave is certainly going to tempt disgruntled individuals eager to find work elsewhere. Foxconn could lose hundreds of workers through this scheme, which it will need to replace somehow. Perhaps some of those military veterans will turn up soon.

How Do I Use the New Dynamic Island on the iPhone 14 Pro?

Man fumes after spending £2k on his cousin’s wedding only to...