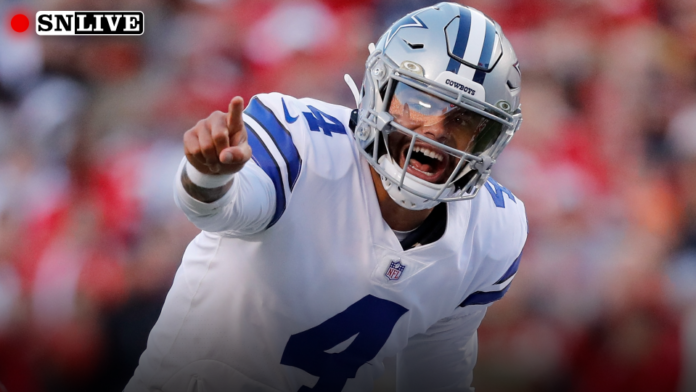 NFL fans are in for a treat on Thanksgiving, and it won’t just be the turkey. They will get to see two teams from the NFL’s best division square off in what could end up being the best game of the holiday.

The Cowboys are playing host to the Giants on Thanksgiving in a battle of 7-3 teams. They are tied for second place in the NFC East behind the 9-1 Eagles while each holds a 1.5-game lead over the last-place Commanders.

Needless to say, this game will go a long way toward determining which team will have the ability to challenge the Eagles for the top spot in the division. It also could be key in potential tiebreaker scenarios between the teams as they jockey for wild-card positioning.

The Cowboys beat the Giants 23-16 on “Monday Night Football” in Week 2. That was with Cooper Rush at quarterback. Now, the team will have Dak Prescott behind center, so they should, in theory, fare well against a Giants defense that is banged up at cornerback.

Plenty of star power will be on display in this contest, as Prescott, CeeDee Lamb, Ezekiel Elliott and Tony Pollard go up against a resurgent Saquon Barkley.

Sporting News is tracking live scoring updates and highlights from Giants vs. Cowboys on Thanksgiving. Below are the key moments from the 2022 Turkey Day showdown.

4:15 p.m. — Giants cornerback Darnay Holmes will play a big role in today’s game with a few Giants corners out. He wished fans a happy Thanksgiving before the contest begins:

4:10 p.m. — The Giants are going to be down a lot of key players. That includes two of their top cornerbacks, Adoree’ Jackson and Fabian Moreau, and several offensive linemen. That will make their lives difficult against the Cowboys.

4:05 p.m — The Cowboys defense is geared-up for their big matchup against the Giants.

‘I banned my husband from the delivery room after he let...