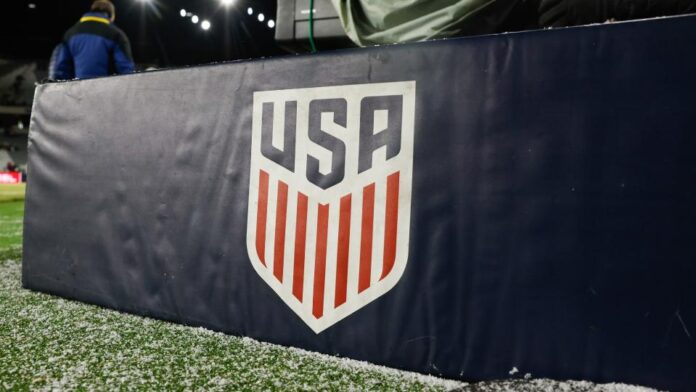 With the FIFA 2022 World Cup now here, the USA is hoping to embark on a journey to the top of the men’s game in Qatar.

The history for the United States at soccer’s greatest even is a spotty one. Having participated in — and performed well at — the inaugural World Cup in 1930, the U.S. has since been in and out of the event, missing for nearly four decades through the 1900s before returning to status as a consistent qualifier from 1990.

They have reached the knockout rounds on numerous occasions and are renowned for punching above their weight.

Here is a complete overview of the full history for the United States at the World Cup.

MORE: Which teams have qualified for the 2022 World Cup?

It took until the final matchday of qualifying, but the USA confirmed a spot at the 2022 men’s World Cup in March to become one of the final qualifiers to the 32-team event, despite a 2-0 loss to Panama in the final match.

The U.S. had already virtually locked up a spot by defeating Panama 5-1 in Orlando on the penultimate matchday, and although they celebrated momentarily with a “Qualified” banner postgame following that match, they actually needed to wait until the final match in Costa Rica to be mathematically assured of their place in Qatar.

The USMNT earned a direct berth to the 2022 event by finishing in the top three places of the eight-team regional qualifying group, together with Canada and Mexico.

Fourth place in the group (Costa Rica) earned the right at a second crack to make the tournament via a successful World Cup Playoff in June against New Zealand.

Technically, the best finish for the United States at a men’s FIFA World Cup came way back in 1930 in the inaugural event. However, that event only featured a four-team knockout bracket, meaning there was no Round of 16 or quarterfinals.

Since the World Cup expanded to 16 teams for the 1934 event and then 32 teams in 1998, the United States has failed to progress past the quarterfinals, reaching that stage once, in 2002. That tournament featured the only knockout stage win for the U.S. ever, against CONCACAF rivals Mexico.

So, the U.S. has never won a knockout-stage match against anyone outside of its own regional confederation.

One of the big reasons the USA regularly failed to reach the marquee event was that Mexico stood in its way. El Tri consistently dominated the qualifying group, leaving the USA and Canada on the outside looking in.

Even as the regional body, CONCACAF, began using a different competition (the CONCACAF Championship) as its main avenue of qualification, the U.S. still came up head-to-head against Mexico and Canada and regularly fell short.

As the qualification format changed over the years, and the United States began to compete more regularly with Mexico, the Americans finally returned to World Cup contention in the 1990s.

Despite missing out on the 2018 tournament four years ago in Russia, the U.S. are now regular World Cup participants. The next obstacle to overcome is the knockout rounds of the tournament, where they have tripped up on several occasions after getting out of the group.

That’s the next natural step in the progression of the men’s team, as it looks to insert itself into the conversation with the more established European and South American giants.

World Cups USA did not qualify

The Good And The Gross Of Jiggly Gelatin Salads