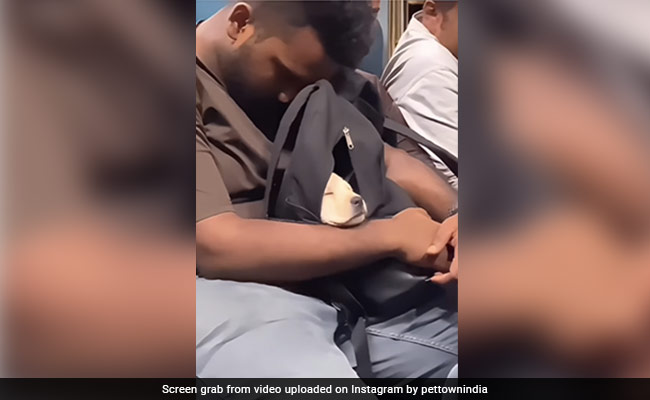 The caption of the video reads, “Pure love.”

The undated video shared by a page called Pet Town on Instagram shows a man carrying an adorable Labrador puppy inside his backpack. The puppy and his hooman were travelling on a train and duo was taking a nap. The pooch was comfortably sleeping inside the bag, and moments later it woke up and looked around with its puppy eyes.

The caption of the video reads, “Pure love.”

The video has amassed over 21 million views and several reactions on Instagram. A user commented, “Awwww His innocent eyes..”

Another user wrote, “This is what I’m living for.”

The third user wrote, “You have my heart bro.”

It’s true, dogs make the world a better place. With tails that refuse to stop wagging, unlimited sloppy kisses and blind loyalty, they are the perfect companions.

Dog videos are one of the most watched videos. It is not just entertaining but also stress-relieving.

People are only just learning what RSVP actually means – and...