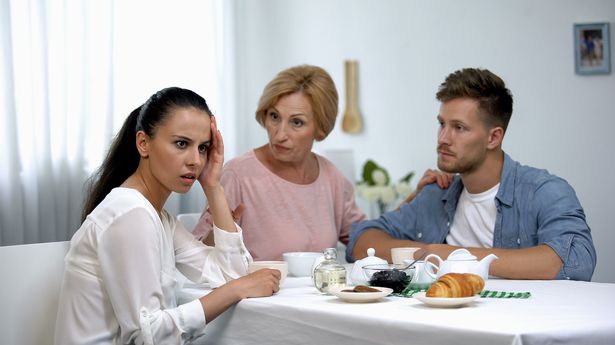 A woman who is fed up with her mother-in-law barging in on her in the loo has found a unique way to get revenge, and it has stopped the relative in her tracks. She shared her scheming ways on Mumsnet, much to the amusement of other people who found the tactic hilarious.

The mother-in-law (MIL) was staying with her son and daughter-in-law for a few weeks, while her home was being renovated. But, soon after arriving, a tricky problem started to emerge as she was not the ideal house guest.

The daughter-in-law said: “The problem is that MIL has been randomly walking in on me while I’m in the bathroom. Thankfully not once has she seen me naked because I started picking up on her behavior [sic] after the second time in a week.”

Her lack of respect for her daughter-in-law’s privacy started to become clear, as the woman explained: “She’d barge in, then turns and says ‘oh sorry’, then close the door.”

But her husband didn’t want to get involved: “He kept ignoring me then flat out said, ‘so what if she accidently sees you naked? She’s faaaammmillly!!’ He seriously said that!.”

Because of a past trauma, she never locks herself in a room, so that option can’t be used to stop the relative marching in whenever she feels like it. Instead, she comes up with a weird and wacky idea – posing strangely to freak her mother-in-law out.

“I’d go inside the bathroom pretending to use it and wait for her to come (cause honestly? It’s deliberate at the this point). When she ‘accidently’ barges in, she’d see me in a weird/awkward position.”

“For example doing a ballet stand, standing on the toilet, or standing facing the wall with my hands up, (fully clothed of course).

“I could see how awkward and weird this would be for her because she’d stand there for few seconds trying to figure out what I was doing. It was hilarious at first seeing her initial confusion.”

The hilarity didn’t last, however. The mother-in-law went to her son and complained about her daughter-in-law’s questionable bathroom antics, claiming she had caught her “practicing rituals in the bathroom”.

“I cleared things up and revealed the reason why. My husband was livid. He called me childish and said that I made his mom [sic] feel ‘terrified/weirded out by my behavior [sic]. He said I should’ve acted maturely and locked the damn door instead of playing mind games.”

Most of the comments to her post were able to see the humour in her bathroom games, and totally understood why she was forced to take such action.

One person wrote: “Your husband is an a*****e. He expects YOU to be mature about it, but he doesn’t expect his mother to KNOCK ON THE F*****G DOOR before walking in.”

Another added: “Her husband’s lack of support is a huge red flag for me. He should be telling his mom to cut it out.”

Others questioned mum-in-law’s motive: “I think MIL knows how to knock. This is a weird power play.”

Another Mumsnet user added: “It’s either dominance (your space is not yours), an issue with the door locking phobia, or nosiness about something about the DIL’s body. Not sure which. I would sit her down and ask.”

Stag Sings In Front Of Plane Passengers After Dare ‘From Pilot’

‘My twin sister is marrying my childhood bully – I refuse...