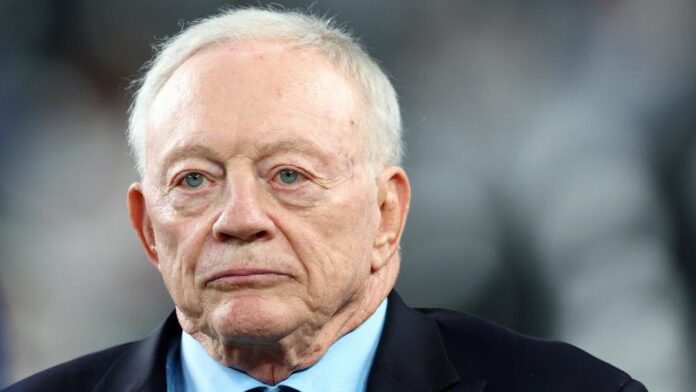 Jerry Jones has been no stranger to controversies through the years, but the latest might be his most damning.

The Washington Post published a story on Nov. 23 featuring Jones in a fairly compromising position; The feature of the story was a 1957 photograph outside of Little Rock High School in Arkansas, in which Jones is seemingly part of a group of students preventing the desegregation of the school.

Soon after the photo was released, Jones explained his standing during the event, offering a small defense of himself in the process.

“I don’t know that I or anybody anticipated or had a background of knowing … what was involved.” Jones said, via the Washington Post. “It was more a curious thing.”

Still, Jones has come under fire for this involvement, and has reminded some of the Cowboy’s hiring practices.

Here’s what to know about the situation:

On Wednesday, Nov. 23, the Washington Post published a story with the centerpiece a photo of Cowboys owner Jerry Jones as part of a group that was trying to prevent Black students (the North Little Rock Six) from entering North Little Rock High School on Sept. 9, 1957.

Wow, so Cowboys owner Jerry Jones was one of the bullies trying to stop his Black classmates from desegregating Central High in Little Rock in 1957. https://t.co/IZm9DuTUhM pic.twitter.com/G4o7H2G9qp

It’s unclear whether Jones was actively acting against the segregation of the school, but the Washington Post story explains that photos indicate Jones may have had to put in a little extra effort to get around the North Little Rock Six to prevent them from entering the school. So, less of a curiosity thing, and more of an “effort” thing.

Jones, though, said that his role in the photograph was more out of curiosity and uncertainty of the events that were unfolding, rather than actively trying to prevent the students from entering.

“I didn’t know at the time the monumental event really that was going on,” Jones said (via ESPN). “I’m sure glad that we’re a long way from that. I am. That would remind me [to] just continue to do everything we can to not have those kinds of things happen.”

Jones’ involvement in the photo (and the Washington Post story) has once again reminded the public that the Cowboys remain one of seven NFL franchises to never employ a Black or minority head coach.

There are 13 teams in the NFL who have never hired a Black head coach despite the league boasting a predominantly Black player base. Those teams: The Bills, Patriots, Ravens, Titans, Jaguars, Cowboys, Commanders, Giants, Saints, Falcons, Panthers, Rams and Seahawks.

Girl, 8, has every strand of hair plucked out by hand...

Savvy mum gets all daughter’s Christmas presents half price – with...