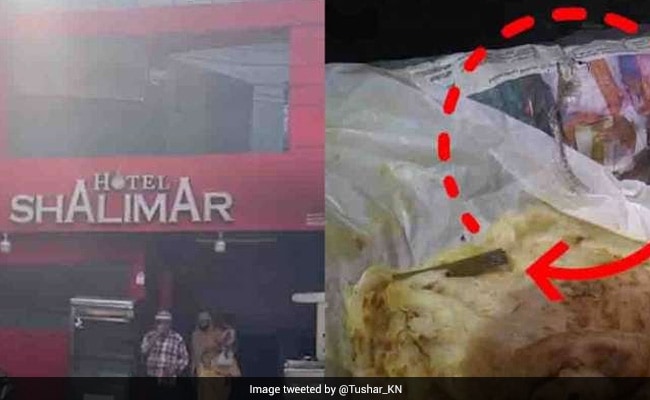 The license of the hotel has been revoked.

A hotel in Kerala was recently made to shut down after a customer allegedly found snake skin in her food delivery parcel. According to Independent, the incident took place on May 5 when a mother and her daughter ordered food from the hotel. The duo discovered the snake skin wrapped in the paper used to pack the parotta she had bought from a hotel restaurant in Thiruvananthapuram’s Nedumangadu area.

Hotel in Kerala’s Thiruvananthapuram has been temporarily shut after a customer allegedly found a part of a snake skin packed into her food. The snake skin was found in the newspaper that was used to pack the parottas, following which the food safety officials were alerted.
???? pic.twitter.com/WZXi30fVzd

The mother, identified by her first name Priya, had bought two pieces of parotta (a type of flatbread) and some sauce to eat for lunch. When she started eating the flatbread after her daughter had finished her share of the food, she discovered a part of the snake’s skin on the wrapping paper. Immediately, Ms Priya then contacted the police who directed her to the Food Safety Officials.

Acting on the complaint, the local municipal authorities conducted an inspection and shut down the eatery, Independent reported citing local media reports. Arshitha Basheer, the food safety officer for Nedumangad, reportedly said that the officials inspected the hotel, following which they found that the hotel worked in a “bad condition”.

Ms Basheer informed that the kitchen of the restaurant did not have sufficient lighting and scrap was seen dumped outside. “The outlet was shut at once and a show-cause notice served,” she added. Further, the officer even went on to say that the preliminary findings are that the dead skin was in the newspaper used for packing the food.

As per the media outlet, Ms Basheer explained that the flatbread was placed on transparent packing paper and wrapped around with newspaper. She said that the skin, which was half a finger long, somehow came into contact with parotta beneath.

Now, Ms Basheer informed that even though the restaurant was conducting business with the required license and there was otherwise “nothing wrong” with the stocked food, the license of the hotel has been revoked following the incident.

The Truth Behind The “Failure” Of Colgate Beef Lasagna

Religious Groups Want Rihanna Banned From Senegal For Being In The...