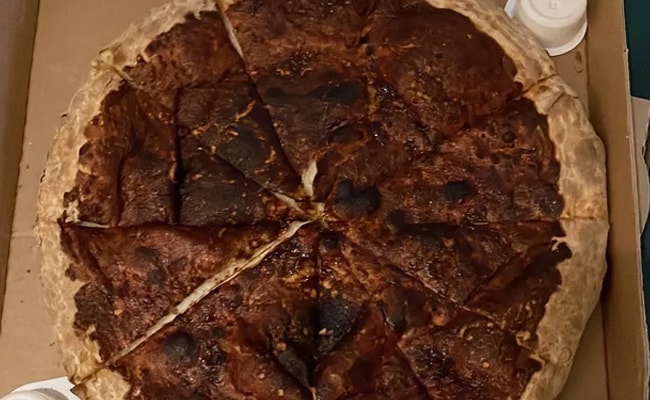 A social media post has gone viral after one internet user shared an image of a pizza he had accidentally ordered without toppings.

Shared on Reddit, the original poster attached two images, with the first one depicting a pizza without toppings and what appears to be barbeque sauce. On the other hand, the second image was of a screenshot of the man’s order from Deliveroo – a well-known delivery service.

“Shoutout to Papa John’s for honouring my post-pub late-night order of accidentally removing every item on a BBQ meat feast, thinking I was adding them,” read the caption of the post.

The Reddit user had ordered one large BBQ Meat Feats pizza, one Garlic Pizza Stick and three Special Garlic Dips from Papa John’s. However, it appears that he had accidentally removed all the toppings from the pizza while filling out the specifications for the order, thinking that he was adding toppings instead.

As the caption states that it was a “post-pub late-night order” it may have been possible that the man was intoxicated while placing the order.

Internet was quick to react to the post. While one user wrote, “I just laughed so hard I had a coughing fit,” another said, “That’s hilarious. Must have been a great night out at the pub.” A third user jokingly wrote, “I would have LOVED to be in that store when your order came through.” “That’s the saddest pizza I’ve ever seen,” added fourth.

Some users even wondered what was going through the man’s mind when they were placing the order. “Wait, did you think you had to manually add each topping to the order yourself or did you think you were doubling the toppings? so many questions….,” one user commented, to which the Reddit user responded by saying: “Manually. I even remember thinking ‘this is weird’ at the time but didn’t register/compute the word ‘remove’ at the beginning.”

Since being shared, the Reddit post has amassed a total of 8,900 upvotes as well as more than 300 comments.

Rapper Adopts Dog After It Was Thrown At Him During Racist...