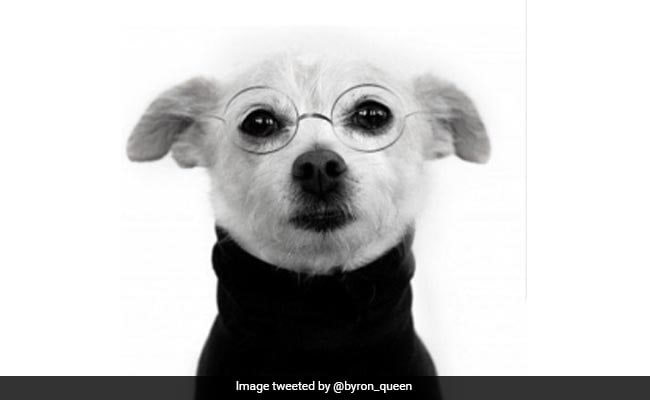 A Twitter user has left the internet in splits after he revealed that he accidentally sent a picture of a dog dressed as Steve Jobs instead of his CV.

Taking to social media, David Bryon Queen shared an image of his resume. He penned a professional but concise email thanking the employer for considering him for the job. “Appreciate you keeping me in mind! I’ve attached my resume in case you’d like to keep it on file,” Mr David wrote.

the time i accidentally sent a photo of a dog dressed as steve jobs instead of my resume pic.twitter.com/W7EoLu8O30

However, instead of attaching his CV, Mr David actually sent a picture of a dog dressed up as Steve Jobs. The image also included the birth and death date of the founder of Apple.

Also Read | Man Accidentally Orders Pizza Without Toppings, Internet Has “So Many Questions”

In the caption, Mr David said, “The time I accidentally sent a photo of a dog dressed as Steve Jobs instead of my resume.” In the following tweet, he jokingly said, “be careful what you save in your ‘jobs’ folder.”

Since being shared, his Twitter post has received more than 241,000 likes and around 16,000 retweets. Internet users found the CV fail absolutely hilarious. One user said, “I have spent 7 minutes cry-laughing at this I need to lay down.”

Another added, “The internet really comes through sometimes. Does anyone else find this as funny as I do, or am I just a child?” Someone else noted: “I think I needed this today because I can’t stop laughing.” A fourth user chuckled, “I haven’t laughed this hard in weeks.”

Meanwhile, a while back, in another hilarious instance, a daughter made the most humorous and inventive use of the matrimony site. Udita Pal, the co-founder of a Bengaluru-based firm, attempted to hire the man whose profile her father had shared with her for marriage purposes. Her Twitter post had garnered thousands of likes and retweets.

If You Can Find Your Name In This Puzzle Then You’re...