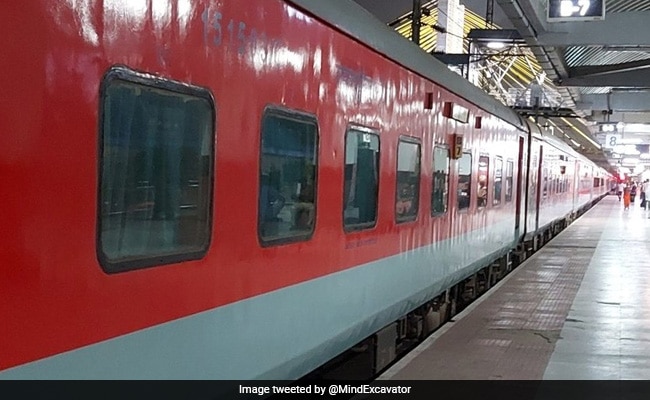 Man reached railway station more than an hour before the scheduled departure of the train.

It is always a good idea to reach railway station or airport early to catch the train or flight easily and avoid last-minute rush. But some people take it too seriously.

There are numerous such instances where families have reached hours before the scheduled departure of train. They then have to find ways to pass time till the train actually arrives on the station.

Have you experienced something similar? Then this story is for you.

A man who goes by the name Brain Nibbler on Twitter has shared a picture from a railway station that will take you down the memory lane.

“My family has reached the station at 7.15 for the 8.40 train. How long ago does your family arrive?” according to a translation of the post in Hindi.

It has received more than 1,100 likes on Twitter with users sharing their experiences in the comment section. Some of them told amusing memories of family vacations, while others said that arriving an hour early was much necessary if they were travelling with parents.

“My parents reach 1.5 hours early because 20 years ago someone in the ‘Khaandan’ missed the train once because traffic I don’t even question the rational anymore or they end up narrating the entire incident all over again,” said another.

“Once my dad took us midnight at railway station for early morning train,” another user wrote.

The post has been retweeted by 45 people since posted.

Fisherman finds odd creature out at sea that people think is...