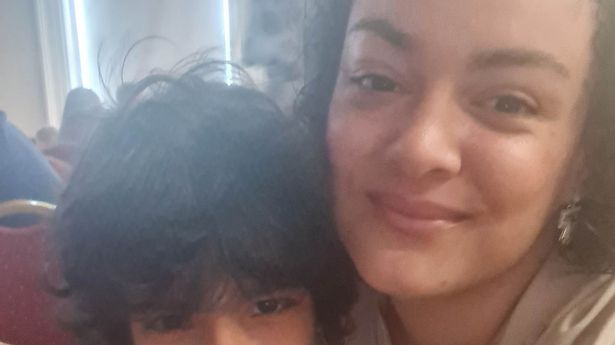 Tara Louise was left in stitches when she found seven-year-old Jonah’s handwritten note to Father Christmas on Tuesday 22 November, outlining one item he had forgotten to add to his list

A mum has been left in fits of laughter after discovering that her son had written a letter to Santa, asking for a “hooker” for Christmas.

Tara Louise was left in stitches when she found seven-year-old Jonah’s handwritten note to Father Christmas on Tuesday 22 November, outlining one very specific item he had forgotten to add to his list.

The note was an “emergency letter” that Jonah penned after school, having realised he’d forgotten to ask for a hoover.

But when re-reading his note, 34-year-old Tara saw that her child’s handwriting was not clear, and so it looked like he was asking for a “hooker” as opposed to the household cleaning appliance.

Yesterday the mum-of-three from Middlesbrough in North Yorkshire shared an image on social media, to the amusement of her followers.

She wrote: “My son asked for this as an emergency matter yesterday. I know what he means but his handwriting tells a different story”.

The letter reads: “Sorry Santa for the late letter, there’s just one more thing I need. A real hooker. From Jonah, thank you.”

Hundreds of amused social media users liked and left messages on the post.

One said: “Imagine his face if he did mean to write ‘hooker’ and you get him a bloomin’ Dyson.”

Another wrote: “I read hooker too and thought you’re getting him one.”

A third commented: “That’s definitely one to save and pull out when he’s older!”

A fourth added: “A hoover – he’s going to make a great husband some day.”

While another person added: “Bless him and his cursive writing.”

Speaking today Tara said: “He found a broken hoover on his way home from school on Tuesday and his dad said he could take it home and they’d see if they could get it working again – his dad’s an electronics technician.

“They managed to take it apart and get it working again and he used it to hoover his bedroom and the stairs. So then he said he wanted to ask Santa for his own hoover.

“I told him he would need to write an emergency letter to him before December 1st as he’d already sent his official letter and Santa might be able to get him one last minute.

“At first I didn’t notice but I sent it to Jonah’s aunty because I thought him asking for a hoover was sweet so wanted to share it with her.

“She lives a long way from us and she rang me to ask if he was asking for a hooker.

“Now whenever I look at the letter I can’t unsee the ‘k’.”

Family spends £2.9k on 40ft Santa for garden – and it turned out much bigger than planned

Garden expert shares trick to keep bugs off your barbecue –...

Bob the Builder leaves ‘childhoods ruined’ after people learn what he...