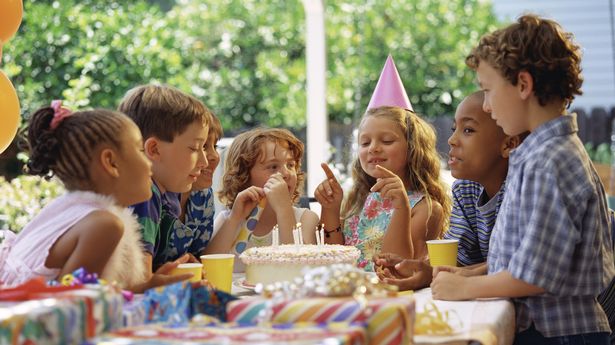 If you’re raising your children to follow a vegetarian or vegan diet, then you’ll know how important it is that they eat the right foods when they have a meal you didn’t cook – such as at a restaurant, or at while at a friend’s house.

And one mum has been left outraged after she discovered her vegetarian son, Alex, had eaten a meat pie while at his friend’s birthday party, even though she had told the friend’s mum about his diet.

Explaining the situation online, the mum of the 10-year-old birthday boy said she had been told about Alex’s vegetarianism and had supplied veggie dishes for him to eat, but after she served the food, she noticed the youngster was tucking into a meat pie.

The mum said she didn’t want to “embarrass” Alex in front of his friends, so didn’t make a fuss of telling him to stop eating the pie – but is now in trouble with the boy’s mum.

In a post on Reddit, she said: “I have a son who wanted to have some friends over for his birthday. He invited 6 of his friends for a sleepover. I made sure to let all parents know about the time and date and also asked about food allergies. One mum responded by saying her son Alex was vegetarian, I said no problem, I would have vegetarian options for him.

“Fast forward to party day, kids are having a ball and I take out the food. I come back with more and notice Alex eating a meat pie. I didn’t want to embarrass the boy in front of his friends by taking it off him so I just let him eat. He didn’t seem to mind or notice that it was meat.

“Anyway, he must’ve told his mum what he had eaten as she called me up the following day and got angry that I served meat options at the party. I said my son loves pies so I wasn’t going to omit them from the menu just because her son was attending.

“I presumed her son knew what he could and couldn’t eat. I spoke to my son about Alex’s vegetarianism to see how strict his diet is but my son didn’t even realise Alex was vegetarian, so I’m wondering if Alex knows he is vegetarian.

“My sister reckons I’m a slight a**hole because Alex was in my care and I should have stopped him eating the pie, but I don’t know, it wasn’t like I forced it on him, I had plenty of vegetarian options for him to choose from!”

The mum insisted in a later update to the post that she had announced each food item as she was putting it on the table, so the kids were all aware that the pies contained meat.

Commenters on the Reddit post were split, but most seemed to be on the party host’s side, saying that Alex knew what he was doing when he ate the meat pie.

One person said: “You didn’t force anything on him and you offered vegetarian options, you did nothing wrong. While I can understand his mum being upset, if he chose to eat that meat pie then maybe he doesn’t like being vegetarian.”

While another added: “You told them all what was what at the start of the party. He knew what he was doing, let him eat what he wants.”

But someone else disagreed, stating: “I would quietly have asked him if he was aware there was meat in the pie. Depending on how strict the diet is it can actually be sort of harmful as he does not necessarily have the gut bacteria needed to properly digest the meat.”

‘I fed my half-sister, 4, non-vegan food – her mum says I disrespected her’

Morbidly Obese Woman Who Was Bedridden Walks Again After Losing 42...

Mum-Of-Three Lifts Can Of Beans With Her Vagina Live On ‘This...

Man claims key to perfectly crispy bacon is to boil it...