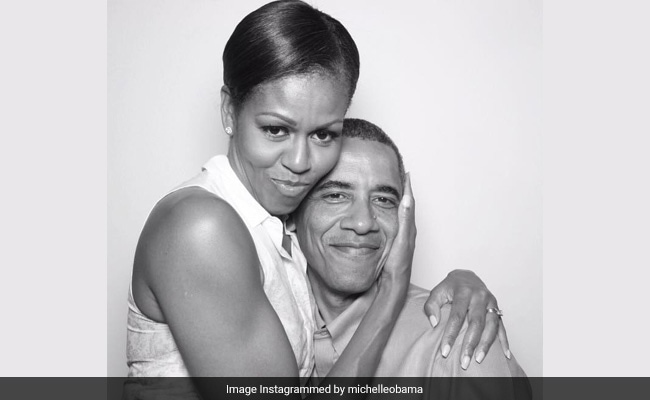 Michelle Obama, in her note, also spoke about how a couple can evolve together.

Michelle Obama has shared a heartwarming note on marriage. The note was attached to a set of pictures featuring herself and her husband, former US President Barack Obama. The latest album screams love from miles away.

For Michelle Obama, her home is “Barack [Obama]”. She said, “As an adult, I’ve lived in a number of places, but as far as I am concerned, I’ve only ever had one real home. My home is my family. My home is Barack.”

Michelle Obama, in her note, also spoke about how a couple can evolve together. She said, “But here’s the thing—our marriage has never been perfectly 50-50. One of us is always needing more or giving more. We have to be willing to listen to each other, honestly and without defensiveness. Only then, can we evolve together.”

As per Michelle Obama, “Glamorising a relationship while you’re dating will lead you straight to difficulty once you’re married. You can’t paper over problems when you’re living with someone day in and day out.”

She added that people should ask themselves, “What are you trying to get out of this relationship? Have you truly thought it through?”

Michelle Obama ended her note by saying, “Now I want to hear from you. What advice would you share about marriage or relationships?” For the hashtag, she wrote the name of her recently released book – “The Light We Carry”.

People were quick to share their thoughts about marriage in the comments section.

Another added, “My favourite marriage advice was to view each disagreement as “you and me vs. the problem” instead of me vs. you.”

“Love is a decision of commitment + selflessness,” read a comment.