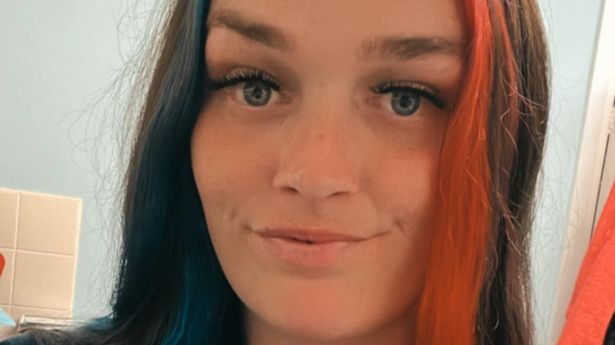 A young mum has been told she “doesn’t deserve” to have children after she shared her “controversial” parenting style, which includes unlimited screentime for the kids

A mum with a “controversial” parenting style has been told that she “doesn’t deserve” to have children. Zoe Wallace, 26, has shared her parenting advice with others online but she didn’t get the reaction she expected as many blasted her unique take.

The mum of two from Wigan lets her sons, Dominic, four, and Parker, one, have unlimited screen time and doesn’t set a bedtime for the pair – and her partner, 40-year-old Dave, goes along with what she wants. Now, after sharing her tips on TikTok, Zoe has been hit with negative feedback – but she’s clapped back at the trolls.

She has two children, Dominic, four, and Parker, one,
(

What do you think about Zoe’s advice? Let us know in the comments…

Zoe said: “I don’t have a set bedtime or bedtime routine for my children. I’ve never ‘laid down the law’ in this aspect with them.

“I’ve always followed their flow and let them decide when they are tired and ready for bed. Some nights the kids can be flat out by 6.30pm, some nights it’s a little later.

“This is something that has caused backlash for me.

“People assume my children are up all night and ruling the roost and apparently not enforcing a strict routine isn’t good for them, when in reality it works so much better for us.

Dominic is four, and he doesn’t have a limit on screen time
(

“We have never had problems when it comes to bedtime and our children are asleep by an early hour most evenings. It also means that they have always been able to understand their own bodies and notice when they are tired.

“It avoids any tears at bedtime.”

Another controversial topic among most parents is how long their children get to be on their electronics – something Zoe also has an unusual rule for.

She said: “We allow our children to have unlimited screen time.

Dominic decides when he’s ready to go to bed
(

Zoe has no regrets
(

“They have all the free access they would need (under parental guidance of course) but they still know their own limits.

“My son, for example, will hand his tablet back after an hour and then go off colouring or playing with his action figures.

“We also don’t limit screen time around bedtime which is another thing that parents do.

“We allow him to have the tablet whilst he’s lying in bed or have the TV on, it’s never caused an issue for us so we don’t see a reason to change it.

Zoe doesn’t want to set a routine for her kids
(

“Screen time has been so beneficial for our son, his talking and reading has come on so much because a lot of things on children’s tablets or kids’ YouTube is educational and is really handy for children.

“Our one-year-old daughter has also been learning basic BSL (British sign language) all with the help from YouTube.

“It’s a great resource that we won’t be taking from our children any time soon.”

In the past, the mum-of-two claims people have told her she “doesn’t deserve” to have children and is often slammed for her techniques.

Zoe was slated by trolls, but now she’s hit back
(

Despite this, Zoe is making it her mission to try and help other mums and dads feel less “alone” when it comes to parenting.

She added: “Usually people would pick up on different parenting techniques and pull apart everything I’m doing, even to the extreme of saying I don’t deserve children or they are going to resent me when they are older.

“As I’ve grown on TikTok, I’ve got myself a thicker skin so I just filter out comments so I don’t even see the negative anymore.

“All that matters is that I make more mums feel normal and less ashamed.

“With parenting, there’s a lot of stigma around different techniques and mums are mostly shamed online.

“I post my videos to show the realistic side of parenting and to show that they are normal.

“My TikTok account is about being real and raw.

“I show real-life day-to-day of being a mum rather than an edited version for the internet.

“I want to reach other mums who are the same as me, that do the same things as me, to show them that it is ok and that they shouldn’t feel ashamed.”

Charles Bronson ‘has changed and should be freed’ at public parole hearing, claims pal

What is the Cost of Errors in Solar Power Forecasts?