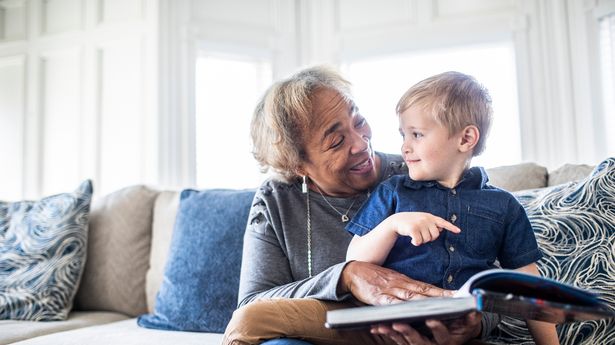 Mother-in-law is demanding her grandchild comes to say over, even though she has moved three hours away (stock photo) (

Loving grandparents are an absolute delight for over-tired mums and dads desperate for a night off. But grandparents who dictate and insist that they see their grandchildren are not quite so popular.

It’s a situation being faced by a family whose grandparents have moved some distance away, thereby preventing drop-in visits. Their daughter-in-law has posted her gripe on Mumsnet, hoping for some advice or even comforting words.

She said: “My parents-in-law moved away recently and they already miss their grandchildren a lot. They moved away to a rural area several hours away for an early retirement. They just wanted to live in a more peaceful location, fair enough.”

‘My kids have no bedtimes or screentime limits, trolls say I shouldn’t be a mum’
Her son has ADHD and ASD and she is reluctant to change his routine (stock photo)
(

But there is trouble brewing in paradise because the mother-in-law (MIL) is missing their eldest grandchild in particular and is pushing hard for him to come visit and stay over.

“I think they’re happy with where they’ve moved to but MIL keeps telling us how much she misses our eldest child. She asked us the other night AGAIN if we’d let him stay with then and got all funny about it when we said no.”

The parents have good reason for being reluctant to send their little tot away – he’s only four-years-old. The mum says that “he also has Attention Deficit Hyperactivity Syndrome (ADHD) and Autism Spectrum Disorder (ASD) being assessed.”

“His behaviour is very challenging and unpredictable. His sleep can be very disturbed. If we’re 3 hours away and he’s having a night terror, it’s not like we can just pop over. MIL can can’t see any of this because in her mind, he’ll be fine and that’s that.”

It’s exasperating for the parents to keep saying no to the mother in law, who doesn’t seem to understand their concerns: “I think she’s getting desperate for us to go to theirs, but I’ve already said that won’t be until next year. They can come and see us but MIL said she can’t find suitable care for their dog yet in their new location.”

Both mother and father are singing from the same hymn sheet on this one, even so, the daughter-in-law is going to have to dig her feet in and resist the demands.

“I think my husband wouldn’t be as worried as me, but I feel like I’m the mum and I won’t be dictated to when he stays away when he’s only 4 and has special needs too.”

Comments came flooding in to her post, all sympathetic to her plight, and frustration with her mother in law, who does not seem to be bothered with her daughter-in-law’s concerns.

One person wrote: “Unfamiliar surroundings and routine for an ADHD and ASD small child is a no – for now – but circumstances might change in the longer future.”

Another said: “I think you have to take a deep breath and brush this off. Nobody can force you. You are in charge.”

“Reassure that you’ll visit in the spring and they can visit you as soon as they find arrangements for their dog. Otherwise Hide of rhino!” someone else added.

A fourth commented: “They chose to move. They must have known they’d see less of their grandchild as a result. Time to accept the consequences. Stick to your guns!”

Dog owners cloning their pets to fill the void left behind...