[June 26–July 4, 2021] Poop-induced pettiness, disappearing waters, and the oldest known plague—all round up in this week’s weird news from Ripley’s Believe It or Not!

A years-long battle for the Stone Age has come to an end after the town of Hillsborough, California, and homeowner Florence Fang quietly settled a lawsuit over her choice in landscaping—a fully decked out Flintstones fever dream.

Fang, a retired media mogul, began renovations after purchasing the home in 2017, adding statues of the famous characters, massive metal dinosaurs, a parking strip, and a sign that reads “Yabba Dabba Do” to compliment her vibrant, bulbous-shaped home.

The San Francisco suburb was not a fan of the cartoon-themed décor, calling it a “highly visible eyesore,” and claimed that Fang had violated local code in her reimagining of the town of Bedrock. 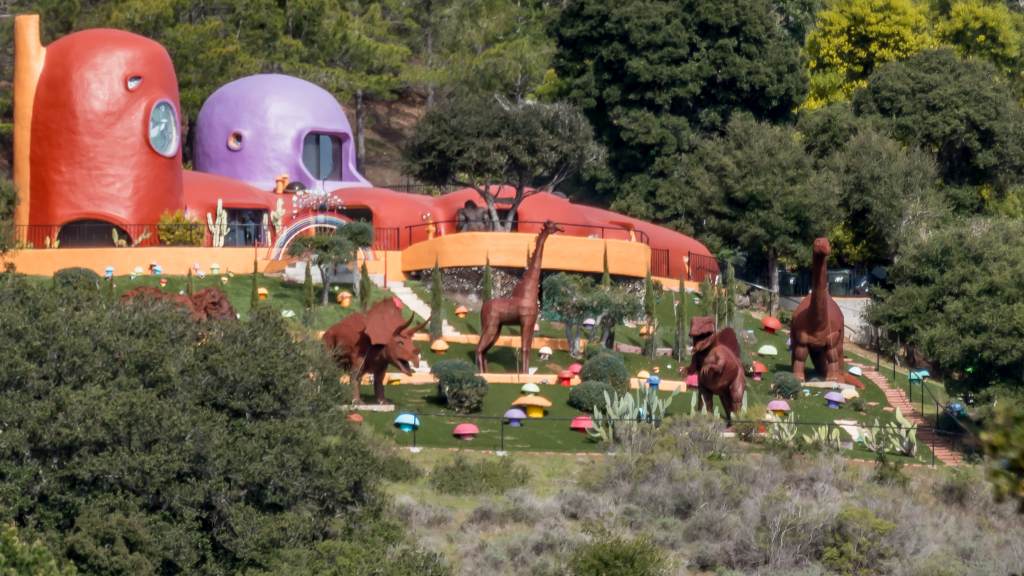 The city sued Fang, stating that she did not file for permits or ask for approval on the changes, which covered over 10,000 feet of property. They also accused her of ignoring three “stop work” orders that were put in place. Winning the lawsuit would have resulted in Fang being forced to remove the new additions from the property.

Fang was quick to countersue, accusing the city of racial discrimination during her attempts to receive permission and permits.

On June 25, the Palo Alto Post broke the news that the case had been settled quietly on April 12 and dismissed by the courts on April 27, with Fang receiving $125,000 from Hillsborough. In addition, Fang will be able to file new permits for the changes, which are guaranteed for approval.

In return, Fang will drop her claims, and both she and the town have agreed never to discuss the matter publicly—a yabba dabba doozy of an order for a media mogul!

The “Flintstone House” in Hillsborough can stay caveman-themed after a lawsuit between the town and the home’s owner was settled. https://t.co/067VIUWaGs pic.twitter.com/fclhONFfD2

Neighbors to Chop Tree in Half Out Of Poop-Induced Pettiness

A U.K. couple resorted to petty means to stop noisy birds from pooping on their property, chopping down half of a 25-year-old tree shared with their neighbors.

The 16-foot-tall fir tree is planted directly in between their house and the home of Bharat Mistry, who said the tree has been there for over 25 years.

According to Mistry, the neighbors asked to have the tree removed during the pandemic lockdown last year, as they were bothered by the noise and poop being produced on their side. Mistry tried finding a resolution where they could keep the tree while minimizing the bird issues, including offering to get it trimmed back and adding a net to keep birds from living in it, but the couple would not budge.

On the weekend of July 18, the couple informed Mistry that they would be hiring an arborist to cut it down, which Mistry begged them not to do. By Friday, the tree had been chopped—albeit in half.

The oddity has drawn a lot of attention, becoming somewhat of a local attraction, with neighbors changing their dog-walking routes to catch a glimpse.

Mistry has not spoken to the neighbors since the big chop, which he says is unfortunate since they had never had issues until those darn birds came along.

A neighbourly dispute over this tree turned into a “war” when one homeowner cut it in half.

Bharat Mistry, 56, said his next-door neighbour had complained of nesting pigeons dirtying his side of the divide in Waterthorpe, Sheffield.

An enormous Antarctic lake that once held twice the volume of San Diego Bay formed a fissure, leading it to be completely drained in just three days!

In April 2019, scientists noticed a massive ice-covered lake atop Antarctica’s Amery Ice Shelf. By June that same year, the 21–26 billion cubic feet of water the lake once held had been replaced by a doline after the weight of the contents caused the ice shelf to fracture and drain.

Scientists used satellite imaging to observe the shocking disappearance and now estimate that it only took three days to drain from the time the ice shelf fractured.

While this isn’t the first time an ice shelf has fractured, it is the first time it has happened on a shelf of this size—the Amery Ice Shelf is 4,590 feet thick.

The rare event has given scientists a cause for concern, as warming temperatures will likely lead to further hydrofracturing, which will ultimately contribute to already rising sea levels.

Because #ICESat2 orbits Earth with exactly repeating ground tracks, its laser beams helped the team as they analyzed the rugged landscape change before and after the lake drained. https://t.co/y5e6LreWdI

The earliest known strain of bubonic plague bacterium has been discovered in the skull of a 5,000-year-old hunter-gatherer in Latvia.

Analysis of the skull, which belonged to a 20 to 30-year-old man (called RV 2039), revealed the presence of Yersinia pestis, a strain of bacteria that decimated Europe’s population in the form of the Black Death.

Based on the lack of bacteria in three bodies surrounding the man, the Y. pestis discovered appears to have been less transmissible and lethal than later variants. However, it does appear that it was the cause of RV 2039’s death.

The discovery disproves a 2018 theory about the plague’s responsibility for the Neolithic decline, with evidence now suggesting that a more chronic infection caused it.

“It caused, for sure, some deaths, but it’s maybe not as severe as it became in the Middle Ages,” said University of Kiel biochemist and archaeologist Ben Krause-Kyora, who authored the study.

As for how RV 2036 contracted the bacteria, it appears a beaver bite is to blame, as evidenced by animal remains found at the same site.

The bacteria would eventually mutate enough to wipe out entire populations in the form of the Justinian Plague, Black Death, and a lesser-known pandemic that killed over 12 million people in India and China. 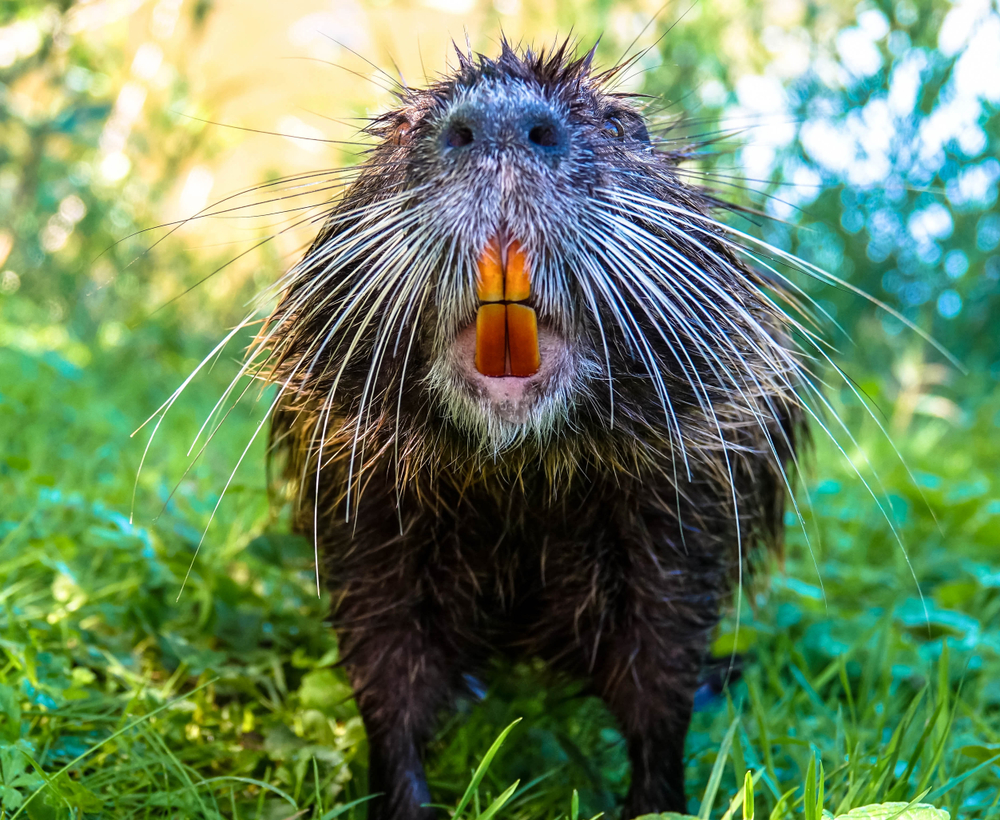 According to a study released on Monday, a perfectly preserved 4,400-year-old snake-shaped stick discovered in a lake in Finland may have been a shaman’s staff used to perform mystical rituals.

Found buried in a layer of peat at a prehistorical wetland site about 75 miles outside of Helsinki, the sss-scarily accurate carving of a snake is about 21 inches long and only an inch thick at its widest point.

The closest comparison ever found in the Baltic region was a couple of snake figurines, but they are still vastly different, as they don’t look like real snakes.

“I have seen many extraordinary things in my work as a wetland archaeologist, but the discovery of this figurine made me utterly speechless and gave me the shivers,” said archaeologist Satu Koivisto, an archaeologist with the University of Turku.

Sonja Hukantaival, a postdoctoral Nordic folkloristics researcher at Åbo Akademi University, who did not work on this study, noted the artifact’s resemblance to a viper, saying, “This is interesting since the viper has an important role in much later (historical) folk religion and magic.”

Overall, the researchers involved in the study believe the staff to be a religious relic, as snakes are heavily symbolic in the Finno-Ugric and Sámi cosmologies of eastern Europe, Scandinavia, and Russia, with the belief that shamans can transform into snakes!

Archaeologists will need to work fast to determine if there are any more slithering artifacts in the wetlands, as their vulnerability to climate change puts them at great risk of drying up before these bites of history disappear for good.

4,400-year-old life-size wooden snake unearthed in Finland may have been a staff used in “magical” rituals by a Stone Age shaman, according to a new study. https://t.co/PrAS0rlsIM

Woman Was Catfished For Almost A Decade By Her Female Cousin