Waiheke Island is an idyllic vacation destination off the coast of New Zealand’s North Island. It enjoys a reputation as a paradise on Earth — if you can afford to travel there.

But there’s a strange mystery happening on Waiheke. The island’s residents have been haunted by a bizarre occurrence for almost a year.

Somebody keeps leaving sausages in their mailboxes.

Since last summer, people all around Waiheke have found sausages left in their mailboxes. And it’s not just a sausage.

The sausage is always wrapped in bread and has sauce on it. Someone’s is providing free meals to Waiheke residents — and they really wish it would stop.

According to the locals, the strange sausage terrorist — dubbed the Surfdale Sausager — is tearing their community apart. Paranoia has gripped the island because as far as people know, their neighbor could be the dreaded sausager. 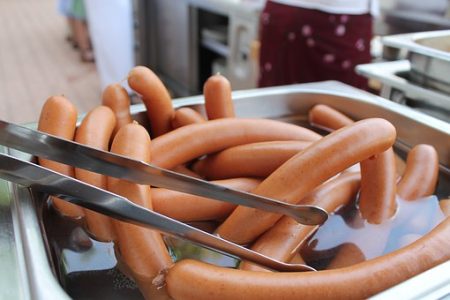 One victim of the sausages is Jacob Coetzee. He found the first sausage in his mailbox in the summer of 2022.

His case was archetypal for the Surfdale Sausager. In Coetzee’s mailbox sat a single sausage. Around it was a piece of buttered white bread, and the snack was covered in tomato sauce.

At first, Coetzee thought it was just a prank of a late-night passerby who’d had one beer too many. However, his thoughts soon changed when he found another sausage.

And then another. And another.

Needless to say, Coetzee was weirded out. But he probably felt even weirder after he told his friends what had happened.

“I sent a picture to my friend group and some of them had been sausaged as well. That’s when we realized we had a serial sausager on the island,” Coetzee told Stuff.

Another victim is Nico Baigent. He has found a sausage in his mailbox three times — and dreads when the next one will arrive.

“It is traumatic and I want this to stop. It’s been going on for far too long now,” said Baigent.

“You don’t realize the toll it’s taking on your victims. Please, no more.”

Coetzee concurs. Although there may be months between the waves of sausages, he’s certain another one will always come. He just can’t know when.

“You never know when the strike will happen but when it does, everyone gets struck. It’s ripping us apart; we can’t trust one another,” Coetzee said.

Not the Mad Butcher

That witch hunt did at one point have a favorite target. That is Sir Peter Leitch, known colloquially as the Mad Butcher after the butcher shop franchise he started.

Leitch, however, is adamant that he is not and could not be the Surfdale Sausager. As his first line of defense, he pointed out that he hasn’t owned the Mad Butcher franchise in ages.

He has no access to plentiful sausage supplies and buys his sausages at the store like everybody else. This brings him to his other point — sausages in New Zealand are so expensive that he wouldn’t dream of wasting them on a prank like this.

When not blaming the Mad Butcher, Waiheke residents have been quick to turn on each other. Baigent, for example, suspects one of his friends is the Sausager.

“When the first people got hit everyone had photos of the sausages. He claimed he’d got hit by the Sausager but didn’t have a photo. He’s also the only person in our chat group who doesn’t live in the suburb,” said Baigent.

Flimsy proof, but it’s all he has to go on.

‘Freud Would Have a Field Day’

Although the people of Waiheke claim that the Sausager is destroying their community, an expert believes the opposite is happening. Clinical psychologist Dr. Dougal Sutherland thinks the plague of sausages is only bringing Waiheke closer together.

“It’s a bit of fun and brings everyone together because they’re wrapped up in an antic that seems pretty harmless,” he said.

Dr. Sutherland doesn’t believe there’s any particularly malicious motive behind the sausaging, either. In his opinion, the culprit is likely driven by the satisfaction of being locally notorious.

“This is someone with a bit of time and money, access to a barbecue, probably not a vegetarian, and not particularly health-conscious — hence the white bread. We’re looking at someone reasonably intelligent and good at hiding.”

He doesn’t dare to make guesses about the sausager’s identity. But of one thing he is certain.

“Only a male would put a sausage in a letterbox. Freud would have a field day.”

Expert Warns Against Keeping Your Amazon Echo In The Bedroom