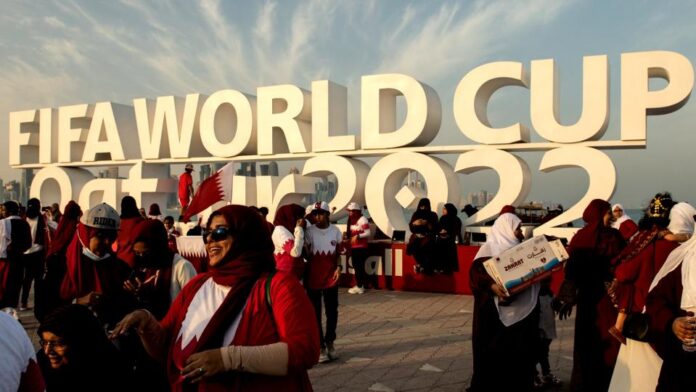 We’re now onto Day 5 of the FIFA World Cup and it’s the turn of tournament favorites Brazil and Cristiano Ronaldo’s Portugal, who finally take the field as the last two groups (G and H) get underway on Thursday, November 24.

We’ve had two major upsets already, including what is arguably the greatest of all-time in a World Cup. Saudi Arabia came from behind to knock off Argentina 2-1 on Tuesday. And that was followed by Japan knocking off Germany by the same score the following day.

So far we’ve also seen Netherlands and Ecuador jump out to an early lead in Group A, England look like they’re contenders to win Group B, France look dominant in Group D despite all the injuries, while it’s still all up in the air in Group C.

After Thursday’s matches, every team in the tournament will have played one match. The second round of matches across every group kicks off on Friday, November 25.

The Sporting News will keep you on top of what’s next on the World Cup menu after each match.

MORE: Complete World Cup schedule with dates and times for every match

The next World Cup match is the Group G match between Switzerland and Cameroon. This game is the first of the four matches to be played on Thursday, November 24.

Between Saudi Arabia shocking Argentina, and Morocco holding Croatia, there have been some unexpected results in the early kickoff slot thus far.

Cameroon were one of the better teams when they hosted January’s Africa Cup of Nations, reaching the semifinals, and they might have enough firepower to cause some issues for the Swiss. By the same token, Cameroon’s matches are typically wide-open affairs and the European side could also have its fair share of looks at goal.