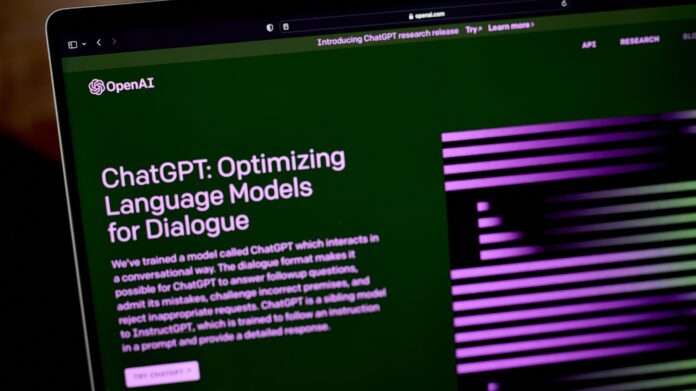 OpenAI is preparing to charge for a professional version of ChatGPT, and it’s not cheap.

On Friday, an update to the OpenAI website briefly revealed(Opens in a new window) that the paid version of ChatGPT will cost $42 per month. Users were quick to grab screenshots of the pricing information, which does not appear to be rolling out to everyone. “If it’s available for your account, you should see an option to upgrade in the sidebar,” wrote one user named Zahid Khawaja.

Another Twitter user who saw the offer on his account, Harish Garg, later said it had been removed. “Seems like someone did a Friday oopsie,” he speculated.

Khawaja decided to sign up for the $42 subscription plan. He uploaded a video(Opens in a new window) of the paid version, and it shows ChatGPT generating an answer to his question, “write me an essay about ways to solve climate change,” much faster than the free version.

The price may seem high, but it’s in line with some AI assistant writing programs. In return, the professional version of ChatGPT can offer customers uninterrupted access to the program, even when traffic is high, which can prevent free users from logging on.

ChatGPT launched in November as a free service. But earlier this month, the San Francisco-based OpenAI announced it was working on a paid version of ChatGPT to help rake in revenue. “Our goal is to continue improving and maintaining the service, and monetization is one way we’re considering to ensure its long-term viability,” the lab wrote at the time.

The company has since been surveying(Opens in a new window) interested users on how much they’d pay for a professional-grade ChatGPT. OpenAI didn’t immediately respond to a request for comment. But the $42 amount suggests the lab may have found a sizable chunk of enterprise customers willing to pony up that amount.

Still, many individual users in OpenAI’s Discord server(Opens in a new window) are complaining that $42 per month is too high. “$42 a year would be more like it,” one user wrote.

Along with a paid version, OpenAI is poised to begin monetizing ChatGPT through an expanded partnership with Microsoft, which plans on pouring billions into the lab. In exchange, Microsoft will commercialize ChatGPT and other research breakthroughs from OpenAI.

You Can Buy An Entire Hamlet In Spain For Less Than...

People Are Learning What The Mysterious Holes In Our Eyelids Do