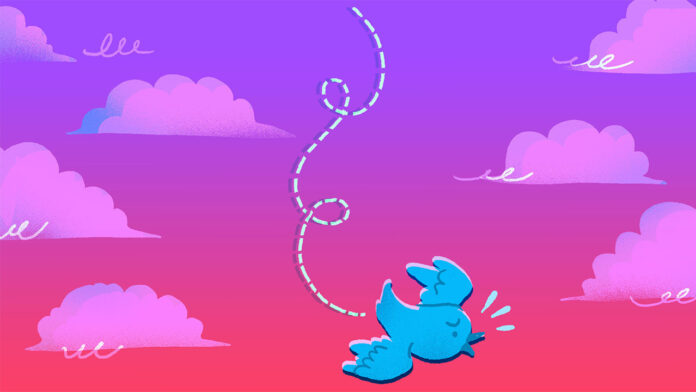 Since taking over Twitter, Elon Musk has fired a huge chunk of the staff, torpedoed years of efforts to rein in the worst online behaviors, and reinstated accounts that had been kicked off the network for violating its terms of service (among other reasons). Last week, Twitter did something else: It changed the company’s API policy and revoked the access that allowed third-party client apps to work with Twitter.

This is bad for Twitter users, who have already suffered enough, and bad for software developers—especially the small, indie operations that created these Twitter clients. But it’s also the final act in a long line of indignities from the company that erases the true history of Twitter, one that was written by its users and the people who built third-party Twitter apps.

The Twitter of today bears little resemblance to the company in its earliest days. Most people seem to have forgotten Twitter’s roots as an SMS social media platform that let you send your posts to a special number and have them appear online. In a time before widespread smartphones and affordable mobile data, Twitter let you post updates wherever you were.

This original Twitter also had none of the features that have become synonymous with the platform. There were no retweets, no @-replies, and no hashtags. Those were all invented by Twitter’s users(Opens in a new window), who came up with their own norms and practices to make Twitter more usable. I remember how some third-party clients embraced these concepts before Twitter, such as adding a retweet button that copied the link to the original post and appended “RT” to the front of it for easy reposting.

The Culmination of a Long Decline

This mutually beneficial relationship between users, independent developers, and Twitter itself had begun deteriorating long before Elon Musk bought his way to the top of the company in 2022. Twitter began making changes to its API(Opens in a new window) around 2010, limiting what independent developers could do with their apps. Perhaps Twitter was uneasy with the fact that anyone using a third-party client app wasn’t necessarily seeing paid ads, promoted Tweets, or the algorithmically sorted feed.

It all finally ended last week, when Twitter revoked third-party app access to its API, effectively killing all the remaining clients. Twitterific, Tweetbot, and other apps all abruptly stopped functioning. Twitter did this without any warning to the developers, and confusion reigned for days.

When Twitter finally explained its actions, the company claimed that third-party clients had been in violation of its long-standing rules. However, it appears that Twitter changed its rules after it cut off API access(Opens in a new window).

Although ad revenue is the most likely reason for Twitter’s actions, I think there’s also a larger issue at hand. Musk has made it clear that he’s the boss and will fire who he wants, ban who he wants, and reinstate who he wants. The very idea that there are other applications out there that could deliver an experience not in line with Musk’s vision seems out of line with his authoritarian impulses.

This Is the End

To be honest, why this is happening is immaterial. Twitter has made its decision, and these apps are gone. It’s always sad to see a familiar thing go away, but the speed and lack of delicacy with which Twitter has axed these apps are particularly galling. Long-time developers had no chance to soften the blow for their users, or even help them transition. It’s also doing economic harm. The Iconfactory has all but begged Twitterific users not to ask for refunds.

After so demeaning an end, I wouldn’t be surprised if these developers shy away from building similar projects in the future. That’s a loss for customers, who always benefit from having a choice of quality options, but also a loss for companies like Twitter. These developers will surely think twice before bringing their unique talents and perspectives to other companies.

My personal relationship with Twitter soured long ago, but when I started on Twitter I used Twitterific. For me, it was Twitter. And now that’s gone, too. From here on out, Elon alone will control what Tweeters see.

What Happens to Your Body When You’re Struck by Lightning