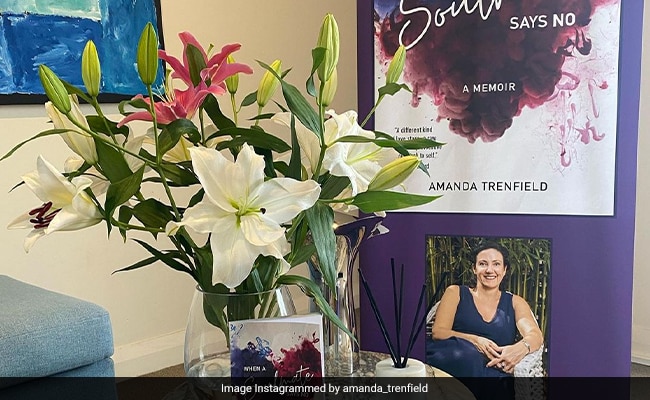 Amenda Trenfield has described the emotional saga in her new book “When A Soulmate Says No”.

A woman from Australia has gone viral on social media for revealing she left her husband of 14 years for a man she believed to be her “soulmate”. Amenda Trenfield has described the emotional saga in her new book “When A Soulmate Says No”.

An excerpt from the book has been published by The Sydney Morning Herald which quotes the mother-of-two as saying that she decided to go on a three-day event conference in Margaret River with her husband to reconnect after they had been distant.

She believed that getting away from the stresses of daily life would be a great way to mend their relationship but met a stranger whom she thought could be her “soulmate”.

“As I settled into my seat, I looked up and immediately lost my breath. When our eyes met there was an instant familiarity that ran deeper than water-cooler chat. These eyes had locked before. Twelve years earlier. His name was Jason. I hadn’t forgotten,” she wrote.

According to Ms Trenfield, as published in the excerpt, the way Jason offered her chocolate pudding and then fed her the scooped dessert blew her away.

Convince that he is the man she is looking for, Ms Trenfield left her husband a month later, even though she’d had no communication with Jason, who ultimately rejected her.

Also Read | Man Gets Six-Pack Abs in 2 Days. Here’s How He Did It

Social media mocked Ms Trenfield, labelling her as a “self-destructive psychopath” for writing about her personal affair in the book.

“The book is called “when a soulmate says no” lmaooooo she ruined her life for nothing!!! one of the biggest fools we’ve ever seen,” commented a user.

RAC Says Allowing Learners On Road Without Test Dangerous As 35,000...

Man ‘cooks’ rice without heat using a can of Coke –...