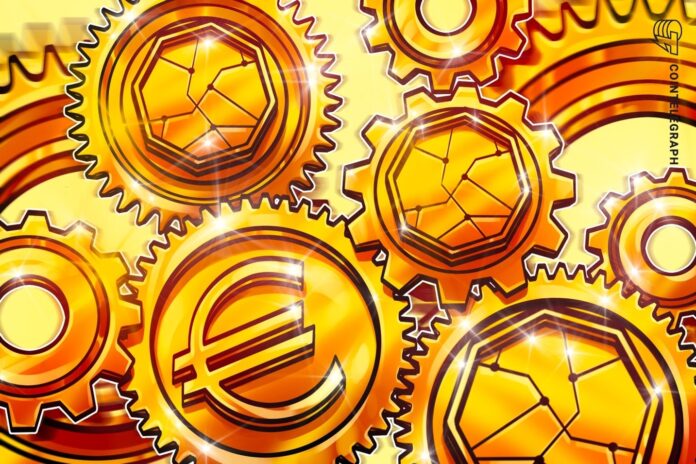 The financial sandbox ar of the Bank of Spain, or Banco de España, has reportedly approved a project from fintech firm Monei testing a token linked to the euro.

According to a Jan. 18 report from Spain-based news outlet Cinco Días, the Bank of Spain gave the green light to Monei to issue its EURM token as part of a testing phase expected to last between 6-12 months. The sandbox was aimed at establishing a controlled testing environment for financial innovations projects in Spain under the supervision of central bank authorities.

As part of EURM’s testing phase, eligible Spanish residents with a phone number will reportedly be able to send the equivalent of 10 euro using the digital asset. The digital tokens will reportedly be backed 1:1 with physical euro held at Banco Bilbao Vizcaya Argentaria and Caixabank.

“The future of payments is digital,” said Monei CEO and founder Álex Saiz Verdaguer. “This is our opportunity to show the rest of Europe and the world that we are at the forefront.”

The Bank of Spain announced the launch of its own “exclusive” wholesale central bank digital currency, or CBDC, program in December 2022. Though Monei’s project is not a CBDC issued by the European Central Bank, or ECB, Verdaguer said testing it through Spain’s central bank could lay the groundwork for such a token:

“[The Bank of Spain] may sit down with the ECB and say that we have the product, that it is regulated and supervised and that it is shaped from there.”

The ECB announced in July 2021 that it had launched a two-year investigation phase for a digital euro, suggesting at the time a potential release in 2026. The central bank has since issued statements and working papers focused on the design and features of a CBDC, with the ECB Governing Council expected to review the results of the investigative phase in the third quarter of 2023.

Several People Hospitalised After Someone Spiked Birthday Cake With Weed In...

Rapper Adopts Dog After It Was Thrown At Him During Racist...