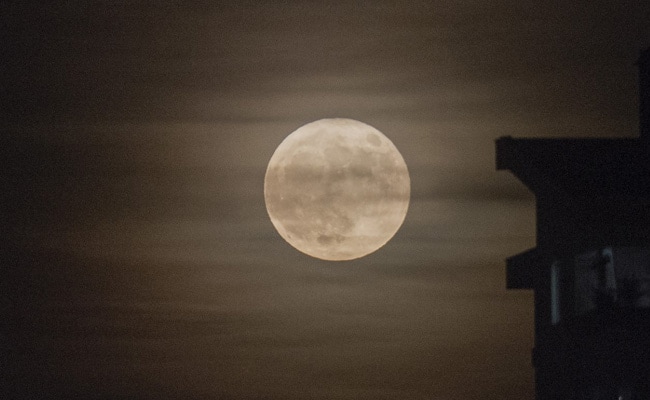 The presence of moon at this point, known as perigee, makes it look bigger than usual. AFP

The world witnessed June’s full moon, which is also known as the Strawberry Moon yesterday. The moon was at the closest point to the Earth in its orbit. The presence of the moon at this point, known as perigee, makes it look bigger than usual, earning it the moniker “supermoon”.

In particular, on such occasions, the moon comes in contact within 222,238 miles of Earth. This is over 16,000 miles closer than its average distance, and the moon looks brighter here by over 10 per cent than on a regular full moon night.

In India, it was visible around 5.22 pm yesterday. People across the world have been sharing photos and videos of the moon on social media.

Here is a video of the Strawberry Moon as seen from Mumbai on Tuesday.

Full moon in Mumbai ! Sending positive to everyone #FullMoon#SailorMoon#StrawberryMoon#TheMoon#ASTROpic.twitter.com/xvoFE9K1v5

A Twitter user shared stunning pictures of the Strawberry Moon from Dubai, UAE.

The Strawberry Moon was shining bright and beautiful over Las Vegas, US.

One user from Gatineau, Quebec, also shared a zoomed-in image of the full moon.

Contrary to what the name suggests, the Strawberry Moon is not pink in colour. It was named so by native American tribes. As per The Old Farmer’s Almanac, “This name (Strawberry Moon) has been used by Algonquin, Ojibwe, Dakota, and Lakota peoples, among others, to mark the ripening of ‘June-bearing’ strawberries that are ready to be gathered.”

According to NASA, a supermoon appears about 30% brighter and  17% bigger than the faintest moon of the year. The faintest moon is one that is farthest from Earth. Supermoons are a relatively rare phenomenon. They occur three to four times a year and always almost take place consecutively.

This special moon, as per Space.com, will be the second of four consecutive supermoons, the first being the Flower Moon on May 16.

The next full moons will be visible on July 13 and August 11.

Woman left looking ‘like Homer Simpson’ after spending £570 on lip...

‘My neighbour lets her kid into my garden to play –...