Nothing says summer like afternoon BBQs and time spent poolside. Of course, these warm-weather favorites can also create a dilemma: Do you stuff your face with hamburgers, hot dogs, potato salad, corn on the cob, and all the other delights of summer feasting? Or do you forego eating to hang out in the pool? After all, everyone knows that if you eat before swimming, you’ll end up with life-threatening cramps. Right?

Think again. Researchers have plenty to say about one of summer’s most prevalent urban myths, and it’ll change how you eat and swim, no matter the season.

We’ve all heard the sage advice: Wait a minimum of 30 minutes after eating before going swimming. The reason? To avoid a physical state that could impair your swimming ability. Two theories exist about why this happens. The first argues that the process of digestion diverts blood flow from muscles to your stomach. In turn, muscles cramp and people drown. The second theory, according to Sujit Iyer, MD, of the Dell Children’s Medical Center of Central Texas, claims extremities fail altogether due to lack of blood and oxygen.

While these theories sound compelling and maybe even convincing, both have a serious problem: no supporting evidence. You see, no documented cases of individuals drowning due to a full stomach exist. So, what gives? As it turns out, the amount of blood diverted from your muscles and extremities proves so tiny that it poses no significant physiological threat. Speaking on behalf of the New York State American Academy of Pediatrics, Elie Ward affirms, “You can wait a few minutes to make sure the last thing you ate went down your gullet. But waiting an hour doesn’t do anything.” 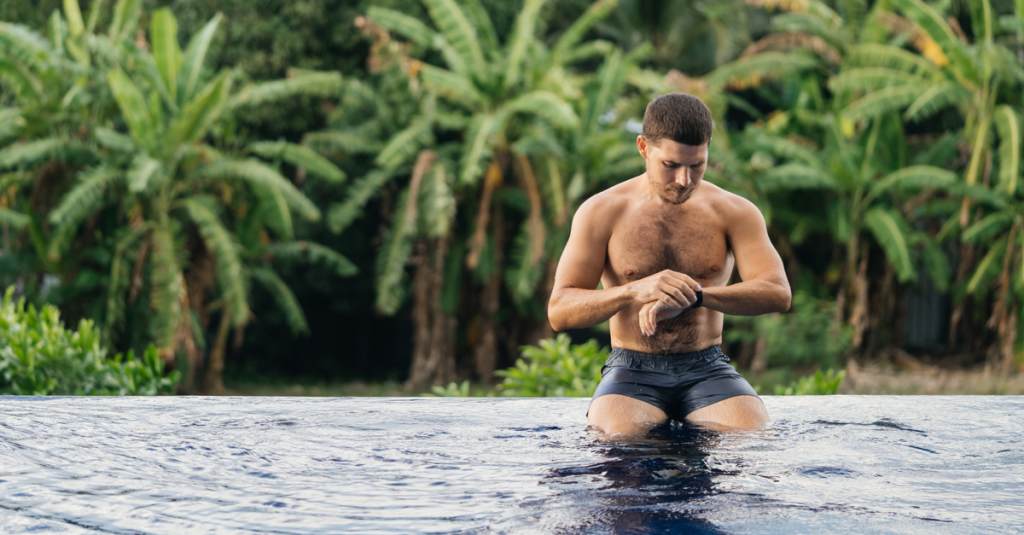 If this myth has no basis in reality, then how did it get started? Warnings about eating and swimming first appeared in the early 20th century. One of the first statements of the myth in print came in a 1908 Boy Scouts handbook. Even stricter than today, the manual warned boys to wait 90 minutes after eating before swimming! Over time, enough kids went through the Boy Scouts that the “no-eating-before-swimming” rule became a golden parenting standard. And plenty of other print outlets jumped on the bandwagon, repeating the falsehood.

By the early 1960s, exercise physiologists came out against the rule. While these experts agreed that you could develop a muscle cramp after eating, they argued it wouldn’t prove life-threatening. But apparently, nobody listened because the urban legend still treads water today. What if you remain nervous about chowing down before a dive? Let this statement from the American Red Cross set your mind at ease, “Currently available information suggests that eating before swimming is not a contributing risk for drowning and can be dismissed as a myth.” Now, go enjoy that poolside BBQ party!

Woman hits back at haters who say her plus-size boyfriend is...

Off The Rails: When Buster Keaton Pulled Off Silent Film’s Most...