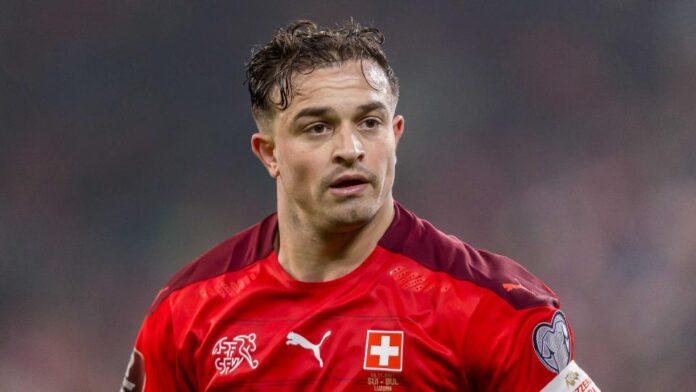 Switzerland have been procuring a reputation as giant slayers in recent times, so Brazil and co. beware: Murat Yakin’s squad are back and in axe-swinging mood.

The Swiss are often touted as underdogs going into major tournaments, owing to a perceived lack of star names — but make no mistake, this is a serious tournament team that has spent years together.

They’ve progressed from the group stages at five of their last six major tournaments, and rocked Euro 2020 by knocking-out the world champions, France.

In qualifying for Qatar 2022, Arsenal’s Granit Xhaka and his international teammates went unbeaten to seal first place in UEFA Group C and beat Euro 2020 champions Italy, who then crashed out in the playoffs.

🧳 Switzerland can plan for Qatar 2022
🛣 Italy’s road to the #WorldCup will continue with the play-offs#WCQ pic.twitter.com/oIsRytE33r

The Swiss are a team to watch in Qatar.

Yakin named his final 26-man squad on Wednesday, November 9, five days ahead of the FIFA-imposed deadline.

Nations had until Friday, October 21 to submit an official preliminary list of 35-55 players to FIFA, from which they were required to select a final 26-man roster for Qatar by Monday, November 14.

The most notable absences from the final list are:

Goalkeeper Mvogo is known to have picked up a thigh injury while playing for Lorient in Ligue 1 against Paris Saint-Germain.

13 players are called up on stand-by – including one big surprise: Sturm Graz centre-back Gregory Wüthrich (27), who is listed for the 1st time ever! 🇨🇭👏 pic.twitter.com/2SK3GxRfcP

The Swiss brought a veteran team into the last World Cup and are making the trip to Qatar without a few familiar stalwarts like now retired Stephan Lichtsteiner and Valon Behrami.

However, new faces have stepped up to lead, and the Swiss will once again be a stubborn, well-drilled side.

Granit Xhaka has always been a dependable force for Switzerland but his club form has been transformed this season, with the midfielder a powerful force in Arsenal’s Premier League-chasing squad.

Both he and Chicago Fire’s Xherdan Shaqiri will edge ever closer to their nation’s all-time appearance record in Qatar, which stands at 118 caps, while functioning as the lifeblood and spine of this team.

Monaco’s Breel Embolo will be the go-to man in attack and a strong start to the Ligue 1 season suggests he’ll be ready for Qatar.

Switzerland’s old national stereotype of being well-drilled and efficient has traditionally translated onto the pitch.

Ricardo Rodriguez, Fabian Schar and Mauel Akanji are a resolute combination at the back. (And judging by this recent interview, Akanji is as impressive off the pitch thanks to his incredible math skills as he is on it!)

There’s nothing particularly flashy in this team, which undoubtedly makes them a well-balanced fighting force. But it can leave the Swiss lacking imagination when faced with a stubborn backline. Shaqiri would once have had the magic to unlock a game, but at 31 his powers are fading.

A lack of depth behind him in the creative roles is their major question. It’s the same story in attack, where Embolo and Haris Seferovic are crucial for providing the goals.

Switzerland are facing familiar opposition in Qatar, drawing an almost identical group to the one they faced at the 2018 World Cup.

The Swiss will be pleased with a repeat of their 1-1 draw against Brazil in Russia, with the Selecao far stronger than four years ago. Serbia, who they also played in 2018, and Cameroon will present a robust challenge in this competitive group.

FBI Finds Bucket Of Heads And Body Sewn Together At Donation...

There Are Waterfalls Flowing In The Well of Hell

Woman Stung Over 500 Times And Killed In Horrific Bee Attack