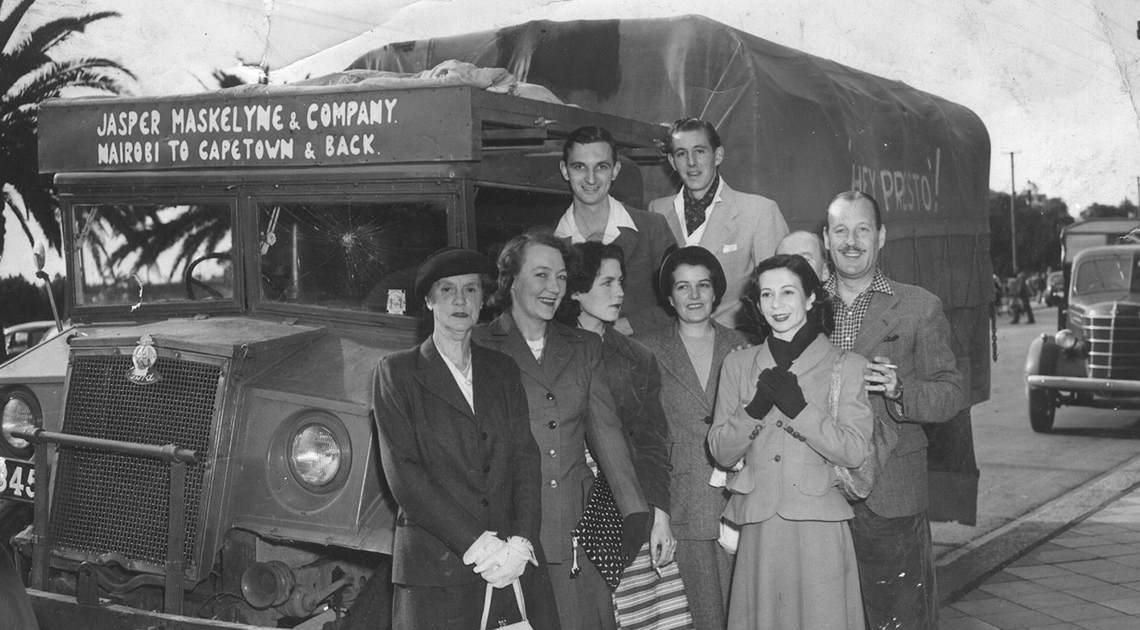 Among the chaos of WWII, a British magician claimed he could fool the Nazis by hiding tanks in plain sight and making armies invisible. But was he a hero or a fraud?

Stage magician Jasper Maskelyne came from a family that was well-versed with accomplishing the impossible. His father was a magician and inventor (though his invention of the paid toilet wouldn’t necessarily have been useful during war times) and his grandfather, John Nevil Maskelyne, invented the trick of human levitation and even founded the Occult Committee to investigate and expose fraudulent supernatural power claims.

Before the war broke out, Jasper was doing pretty well for himself, performing mostly sleight-of-hand card tricks in front of packed audiences in London. When the conflict of war started to affect ticket sales, he decided to join the Royal Engineers corps — a branch of the British army that focuses on providing technical support.

Mobilizing the World of Magic

Maskelyne had a very specific goal in mind, though. He wanted to offer the army a chance to “mobilize the world of magic against Hitler” — an offer that was received with more than a bit of hesitation. Still, he was sent to Cairo as part of the Camouflage Experimental Unit made up of painters, sculptors, architects, and woodworkers. They were responsible for coming up with illusions to trick the Germans and help prisoners of war escape. And while typical war camouflage was mostly based on painted canvas and nets, Maskelyne had other ideas. 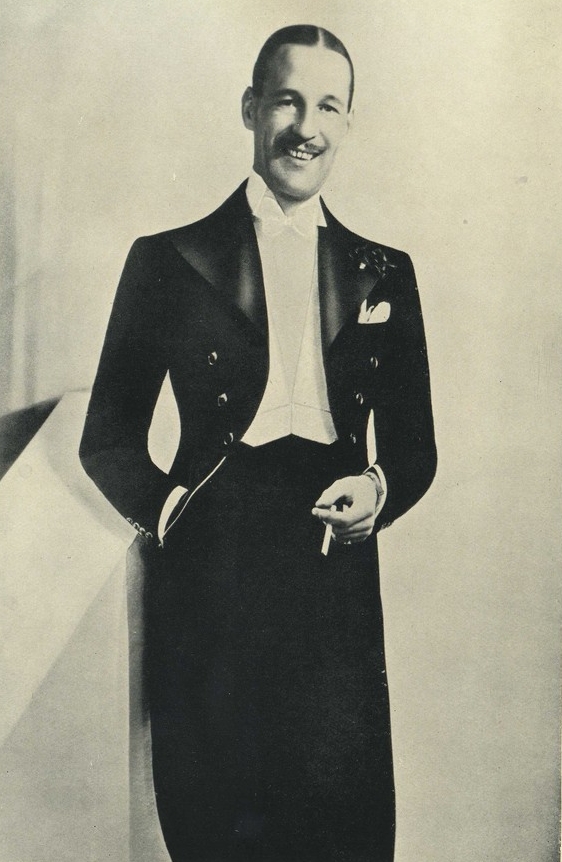 Like his sleight-of-hand tricks and magical illusions, this is where details of the story get a bit blurry. Maskelyne’s autobiography speaks of many magical achievements, but historical records are skeptical as to how many of the things he wrote about actually happened.

The two biggest “tricks” Maskelyne claimed to have designed were both hiding massive spaces. The story goes he built a fake Alexandria Harbor (using cardboard and mud) to protect the real one from bombings. This confused the planes, which ended up destroying the fake harbor and leaving the real Alexandria intact.

His next big magic trick, supposedly, made the Suez Canal disappear using an illusion created by flickering, swirling lights projected into the sky. But despite a prototype being built and tested, there’s no record that Maskelyne’s invisibility trick was the reason the Suez Canal didn’t get bombed.

Though these two major stunts still remain up for debate, many other potential illusions are far more credible.

Maskelyne is said to have helped Field Marshall Bernard Montgomery to reclaim the city of El Alamein as the first step to take back North Africa! To do so, Maskelyne used plywood and canvases to make trucks look like tanks and tanks look like trucks. This created the illusion of the tanks approaching the city from a different direction than they actually were.

He also suggested putting down imitation tank tracks marks in the wrong place in the desert to confuse the German forces. The illusion was completed with fake sounds and radio transmissions. 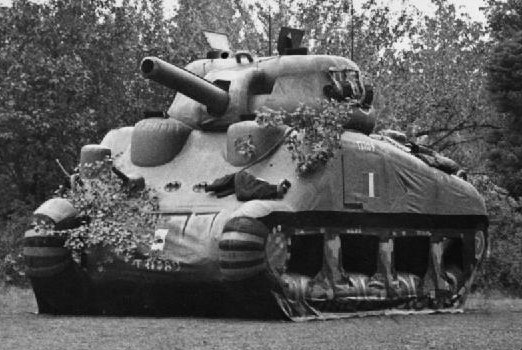 An inflatable dummy Sherman tank, one of many deceptions that Maskelyne claimed to have created.

There’s also a rumor that he invented inflatable tanks to fool planes, though there’s no proof these ever existed. Did the tricks work? Whether you believe in magic or not, Montgomery did win the battle of El Alamein.

It may be impossible to truly know all the details of what the Camouflage Experimental Unit actually achieved during the war. After all, records of wartime intelligence are kept sealed to avoid giving out secrets. Was Maskelyne’s contribution to the war effort really that magical? We might never know that either, but it doesn’t hurt to believe in the impossible!

By Diana Bocc, contributor for Ripleys.com

The UFO Society That Claims To Be In Contact With Gods...

‘I asked my date to pay me back after she lied...