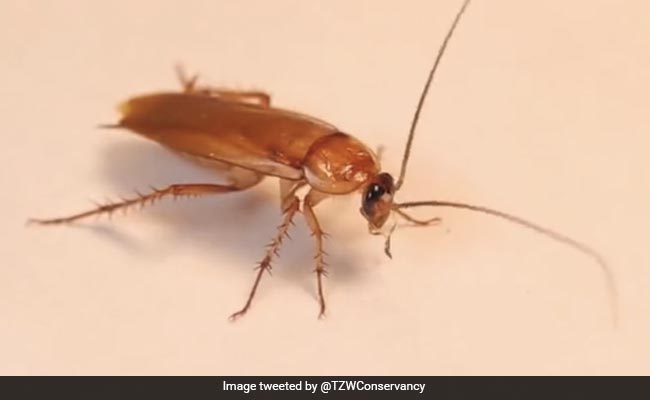 Whether it is a pesky ex, annoying boss or a nosy relative, there is someone in everyone’s life, whom they absolutely hate. Now, a zoo in Canada in offering people a chance to be petty and vent their feelings in an unusual way. With Valentine’s Day coming up, Toronto Zoo Wildlife Conservancy has launched a new name-a-roach campaign which gives people a chance to name a cockroach in someone’s honour.

For a minimum donation of $25 (Rs 1507), the zoo will allow you to name a cockroach after anyone who’s ”bugging” you. In a tweet, the company announced the campaign and wrote, ” Roses are red; violets are blue… Is there someone in your life that’s bugging you? Give them goosebumps by naming a cockroach in their honour this Valentine’s Day.”

Roses are red; violets are blue… Is there someone in your life that’s bugging you? Give them goosebumps by naming a cockroach in their honour this Valentine’s Day ❤️

To name a cockroach, people can go online and select “Dedicate your donation,” select “In honour of,” and fill in the blank to provide a name of their choosing. Post that, they will receive a digital certificate with the roach’s name, a shareable digital graphic, and a charitable tax receipt.

However, the Toronto Zoo said there are naming limits, and that hate speech and profanity will not be tolerated.

“Naming opportunities are not limited to exes – you can name a roach after your boss, ex-friend, relative, or anyone else that has been ‘bugging’ you,” Kelsey Godel, Donor Stewardship and Engagement Coordinator for the Toronto Zoo Wildlife Conservancy told CTV News Toronto Monday.

On their website, the zoo added a disclaimer noting, ”The Toronto Zoo and the Toronto Zoo Wildlife Conservancy respect all creatures – big and small. Cockroaches play a very integral ecological role in their rainforest homes by helping to decompose forest litter and animal faecal matter and are, in turn, food for many other animals. Despite their hair-raising reputation, cockroaches undeniably play a vital role in the sustainability of plant and animal habitats.”

Meanwhile, the zoo’s campaign has received mixed responses from the audience, with some finding it amusing, while others called it insensitive. One user wrote, ” Fun idea in theory but the e-card is gross. I love the Toronto zoo but not this. It just seems needlessly cruel.” Another called it  ”a brilliant campaign”, while a third said, ” There is nothing about this that I don’t love. Well played!!”

A fourth said, ”Big fan of these kinds of campaigns. Even though, it’s been a LONG time since I was dumped by my ex-gf right around Valentines Day, this is prime gold. Perfection….”

Cargo Vehicle Falls On Driver But He Escapes Without A Scratch

Cafe under fire for ‘controlling’ list of rules for customers –...

Son Discovers That His Mother’s Donated Corpse Was Blown Up By...

‘My sister-in-law is an influencer – I’m worried my daughter admires...