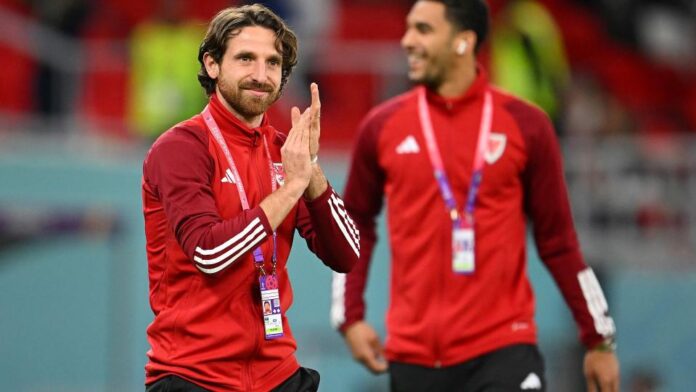 If Wales are to make full use of their draw with the United States on Monday, they must surely go on to beat Iran in their second Group B game.

A Gareth Bale penalty secured a point for Rob Page’s side last time out, but defeat in this one could leave them needing a shock result against England in their last fixture if they are to progress to the knockout stages.

For that reason, all three points feel like a must when they go up against an Iran side still reeling from a 6-2 thrashing at the hands of the Three Lions.

Below are the lineups for both teams.

Wales boss Rob Page has revealed his squad are already feeling the effects of a packed World Cup schedule going into this game.

“We’ve got a few tired bodies, a few go down with cramp,” he said when asked about the condition of his players.

However, Page’s options are set for a boost with the return of Joe Allen, of whom he added: “The medical team have been exceptional and they’re the reason he’s now fit.

“We were all concerned about him, the way he kept breaking down. He’s had to meet targets along the way, he’s met every one. If we’d played him in game one and he’d broken down he would have been completely out.

“We could have pushed him for USA, but due to the confidence we have to get out of the group I want him for the long term.”

After missing Wales’ opener, Allen could be involved from the bench if required against Iran with Ethan Ampadu retaining his place in midfield.

Up front, Kieffer Moore‘s impressive cameo against the United States has earned him a start in place of Dan James, Page’s only change from the opening match.

With goalkeeper Alireza Beiranvand ruled out as a result of the concussion he sustained against England, his replacement in that game, Hossein Hosseini, will start.

After appearing as a sub last time out, Sardar Azmoun joins Mehdi Taremi up front as Iran chase goals.

Here are the 26 names on each team’s squad lists at the World Cup in Qatar:

‘I thought the guy I was dating was sweet – what...

People Named Kim And Paul Are The Most Likely To Complain...