Did you happen to have been in the square this week? If so, you may have noticed something a little weird.

That being a large billboard advertising a single Black Diamond Cheese String- for trade.

The buyer of the advertising space, Angel Domingo, said the cheese string was found in the refrigerator of his new Toronto home. He regularly trades items on resell websites like Kijiji and decided he would try to do the same with the piece of cheese.

Domingo who is used to trading vehicles, car parts and furniture on websites, said the market is “filled with all kinds of strange things.”

“This is probably the strangest thing that I’ve ever had to had to offer up,” he said.  “Somebody told me that I wouldn’t get anything for it and nobody would want it, but I guess people some people really want it.”

According to Domingo, since the billboard has went up, he has been receiving offers in “droves.” “(I’ve received) a lot of offers,” he said, “Some people are calling me again because the first offer they had wasn’t good enough.” 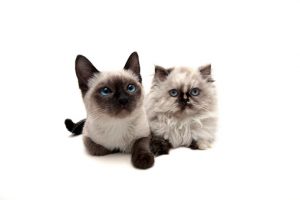 “I think the most anybody had to offer me was they offered me two Persian cats,” he continued. As of Thursday afternoon, Domingo says that he has not accepted any of the offers.

“I’ve been telling everybody the same thing when they asked me what I’m looking for… it’s like you’ll know when you when you see it,” he said, adding that he hasn’t heard the right offer yet.

“There’s been a lot offers and a lot of it is just fluff  — there hasn’t been any quality,” he said.

Though he would not disclose the amount, Domingo says that he paid “a lot of money” to put the billboard up, and that his contract for the advertising space is only for a few weeks.

Domingo says that the cheese string is “still edible,” and that the expiry date is still a few months away.

Court Ruling To Allow Police To Shoot Dogs For Barking