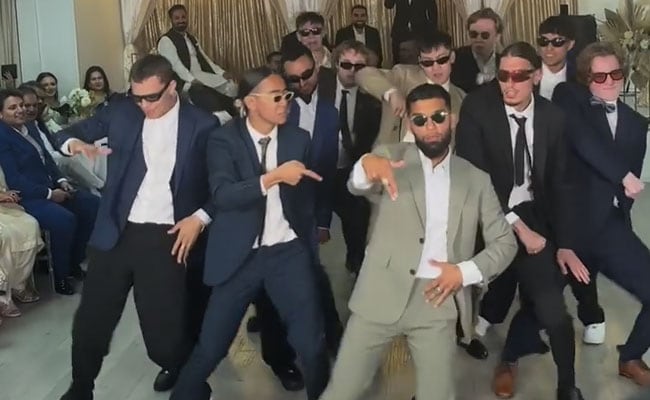 A user reacted to the video and said, “If I get married, I want a performance like this.”

You must be living under a rock if haven’t heard about the all-men dance group, who have set the Internet on fire with their impeccable performances on peppy Bollywood tracks. Oh yes, Quick Style are back with another power-packed act. Venue: The wedding, of course. And, this time, the Norway-based dance group’s pick is the 90s classic Chura Ke Dil Mera, from the film Main Khiladi Tu Anari.

The clip, shared on Instagram, opens with the group facing their back towards the camera as the signature tune plays in the background. From desi thumkas to unbeatable expressions, the group ticked all the boxes. So much so that the video has managed to grab the attention of our beloved Bollywood celebrities.

Shilpa Shetty, who was part of the film Main Khiladi Tu Anari alongside Akshay Kumar, was among the first to drop a comment under the clip. She wrote, “Omg. You guys are slaying it. Really stole my heart.” Singer Sophie Choudry wrote, “ You guys are freaking awesome. I need you in my next video.”

Meanwhile, a user wrote, “If I ever get married, I want a performance like this.”

A few have said that they want to “see the whole performance”.

The video has clocked 2.6 million views on the social media platform so far. The caption read,  “Don’t worry Ed SherKhan got you.” It seems Quick Style wanted to get into a fun banter with singer Ed Sheeran.

The all-men group also made a lot of heads turn when they danced to the tunes of Kala Chashmafrom Katrina Kaif’s film Baar Baar Dekho.

Homeowner Forced To Sell Dream Home Because She Can See Neighbours...

‘I work at McDonald’s drive-thru – I still hear your gossip...