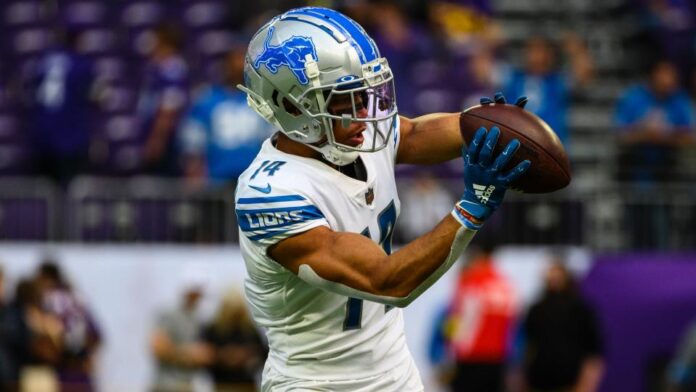 The Detroit Lions think they’ve found a diamond in the rough in receiver Amon-Ra St. Brown. The wideout has proven to have the potential of a bona fide No. 1 target, most recently catch seven passes for 76 yards in the Lions’ 31-18 win over the Giants.

St. Brown was drafted in the fourth round in 2021, the 17th receiver picked. The USC product hasn’t forgotten those picked ahead of him either. After the Lions beat the Commanders in September, St. Brown called out Commanders receiver Dyami Brown, taken 82nd in the third round by Washington.

“I don’t forget things like that. … I didn’t see him in the game much,” St. Brown told reporters after the game.

So, how did St. Brown get such a regal name? Amon-Ra is a slightly liberal “Amun-Ra,” or the god of the air, the sun, and creation in Egyptian mythology. The Ancient Egyptians believed Amun-Ra was the creator of all things, and they worshipped him as head of the City of Thebes.

How did Amon-Ra St. Brown get his name?

That context is important, as it’s a glimpse into the mind of St. Brown’s bodybuilder father, John Brown. Brown was a two-time amateur Mr. Universe winner, taking the title in 1981 and 1982. He was also a three-time Mr. World winner.

Brown possessed a deep love of Egyptian mythology in the 90s, which led to him naming his second and third kids Osiris (god of fertility) and Amon-Ra, respectively. Equanimeous, the eldest (and a receiver on the Bears), was named for a character in a book from a friend of John’s. Equanimeous’ full name, however, is Equanimeous Tristan Imhotep J St. Brown, so he also has some of the Egyptian conventions in there.

St. Brown made a name for himself, so to speak, at USC. He hauled in 77 passes for 1,042 yards and six touchdowns as a sophomore. As a junior he had seven touchdowns on 41 catches.

St. Brown has come to be called “Sun God” as a result of his eccentric name. Ra, the Egyptian god of the sun, makes it an easy connection to make as part of St. Brown’s namesake.

The Lions went on to take St. Brown 112th overall, and they’ve gotten production far beyond that out of him. He’s been a part of a three-game winning streak, the Lions’ first since 2017 in Week 9, 10, and 11. Now, the Lions are prowling just outside the playoff race. But another few wins would put them squarely in the conversation.

Why We Have Our Best Ideas In The Shower

‘I bought washable crayons for my son to use in the...