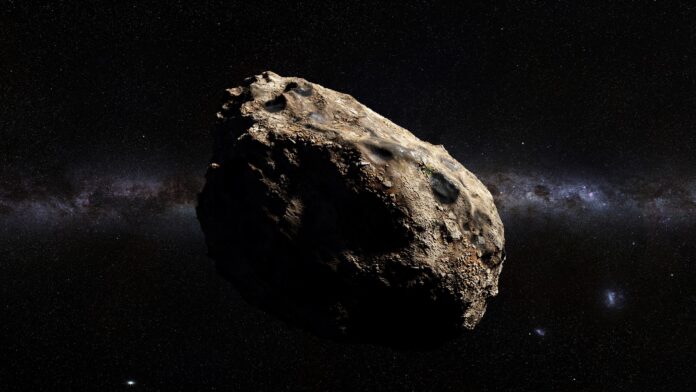 Humanity might be inching closer to mining an actual asteroid. A startup called AstroForge plans on demonstrating its asteroid refining technology in space with a mission this April.

The California-based startup is preparing to send its asteroid mining equipment on board a SpaceX Falcon 9 rocket. The goal is to validate the technology and perform a mock mining operation in zero gravity.

During the test, “the spacecraft will launch pre-loaded with an asteroid-like material that the refinery payload will vaporize and sort into its elemental component,” AstroForge says(Opens in a new window).

The startup hopes to become the first company to mine an asteroid in space. This means digging into the asteroid and finding a way to bring back large amounts of mined material to Earth.

Previous missions to asteroids have only managed to extract small amounts of material from the space-based rocks. For example, NASA’s OSIRIS-REx craft is slated to return with up to 2 pounds of sample material from the Bennu asteroid later this September.

According(Opens in a new window) to CNBC, AstroForge’s mining process involves vaporizing the asteroid material into a cloud of smaller pieces to help it find and refine the rare Earth elements, such as Platinum, which can be brought back to our planet. The problem is that space mining usually requires huge amounts of capital.

So to reduce costs, the company plans on sending up its mining payloads on commercial satellite launches. Because Platinum is valued at $33,000 per kilogram (2.2 pounds), the startup only needs to bring back several hundred kilograms to generate millions in potential profit.

Along with April’s mission, AstroForge—which has secured $13 million in seed funding—is also planning a second space mission for this year. In October, the company is slated to send up a vehicle, called Brokkr-2(Opens in a new window), to prospect a target asteroid for potential mining.

After that, AstroForge is planning a third mission that’ll involve taking a sample of the target asteroid and bringing it back to Earth to determine the rock’s composition. The company will then begin preparing to send up a full mining rig to land on the asteroid to begin the metal extraction.

Mum who parties more than her 21-year-old daughter is always mistaken...