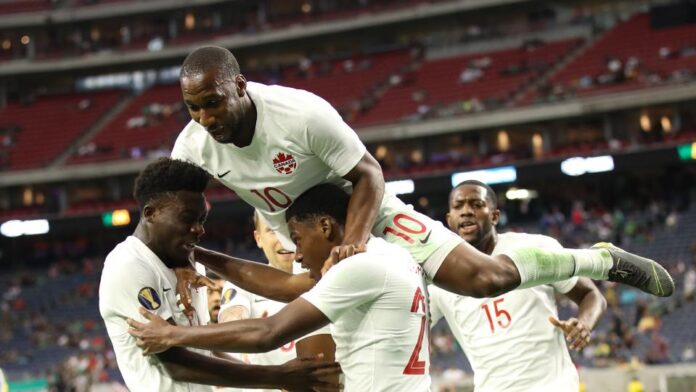 Canada have reached the World Cup for the first time since 1986, and head coach John Herdman has tasked his team with writing their own chapter of history.

Rising young talents in Alphonso Davies and Jonathan David have led Les Rouges to new heights, but Herdman’s leadership is what has really built a squad that is greater than the sum of its parts.

Canada has been drawn for the finals into a group with a European giant, a recent World Cup finalist, and an African side that went unbeaten through World Cup qualifying. It will be a stiff test, but opportunities are there for the taking as well.

Can Canada shock a group with holes and reach the knockout stage?

MORE: Who will have the better 2022 World Cup? USA, Mexico, Canada vie for bragging rights

Drawn into Group F, Canada were thrown right into the fire against Belgium on the fourth day of play at the tournament, and they nearly passed the early test.

The Red Devils have traditionally failed to fire at major tournaments, despite being blessed with some stunning individual talent, and Canada went toe-to-toe with the No. 2-ranked team in the world, but came up empty in front of net and fell to a heartbreaking 1-0 defeat.

That opener is followed by critical games against Croatia and Morocco that will decide Les Rogues’ potential knockout-stage fate. They’re still very much in contention, but require a result in both matches to have a chance at advancing.

*Only in event of defeat in semifinals

*Only in event of defeat in semifinals

Canada were drawn into Group F, which represents one of the more intriguing pools in Qatar.

Les Rouges kick off against a Belgium team who enter the tournament as the second-ranked team in the world, but they have never been able to put together a true return for all their individual talent.

Morocco represents a beatable side who were not exactly tested by the top teams in Africa through a friendly qualifying schedule, while Croatia offers a squad now with several veterans in their final throes of international action, who should not pose the same fear as the group who famously reached the final in Russia four years ago.

The pre-tournament betting odds for Canada and other Group F sides in the major global territories are below (odds via BetMGM for U.S., Sky Bet for U.K., Sports Interaction for Canada and Ladbrokes for Australia).

When is Canada vs Belgium at World Cup 2022?

Canada kick off their campaign against Belgium, in what will be arguably their toughest test of the group stage.

Herdman will be aiming to start fast, as Les Rouges end their 36-year wait for a return to the tournament.

When is Canada vs Croatia at World Cup 2022?

Canada face the beaten finalists from Russia 2018 in a game that looks likely to be decisive for both sides’ hopes.

The two sides have never met in international competition, and Les Rogues will likely need to get at least something from their first-ever encounter if they are to have hopes of reaching the knockout stages.

When is Canada vs Morocco at World Cup 2022?

Canada wrap up their Group F campaign with a clash against Morocco in what, on paper at least, presents their most winnable fixture.

This game will more than likely eliminate one, or both, of the two sides from the World Cup. Canada will need to step up if they are to match the Africans who came through qualifying with a similarly impressive record to their own.

The other final group match, between Belgium and Croatia, will be played at the same time.

How to watch the World Cup

Here’s how to watch the World Cup action in the major global territories:

Qatar resides in the Arabian Standard Time Zone, which is GMT +3.World Cup 2022 kickoff times in the major global territories are:

Furious mum brands neighbours ‘sick’ for waking her up at 5am...