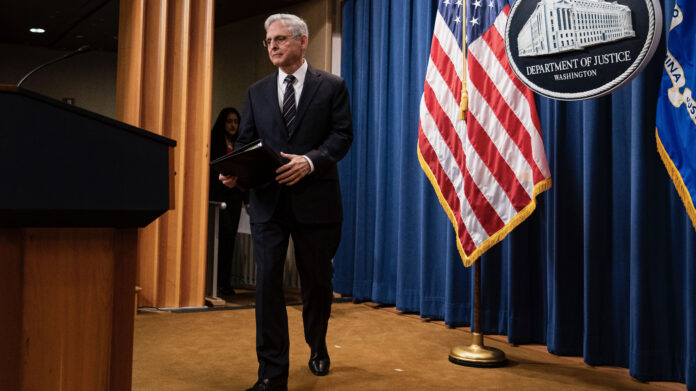 The Department of Justice announced(Opens in a new window) a sweeping antitrust lawsuit against Google on Tuesday, charging that the company abused its market power to entrench multiple monopolies across the digital-advertising business.

The 149-page complaint essentially accuses Google of treating web publishers the way many iOS app developers say Apple treats them—boxing publishers into a controlled ecosystem in which Google gets to take a disproportionate cut of every ad transaction and yet nobody can afford to leave it.

“Today’s complaint alleges that Google has used anticompetitive, exclusionary, and unlawful conduct to eliminate or severely diminish any threat to its dominance over digital advertising technologies,” says Attorney General Merrick B. Garland in describing the case brought under the Sherman Act(Opens in a new window), the 1890 statute at the core of US antitrust law.

Or as the complaint states up front: “One industry behemoth, Google, has corrupted legitimate competition in the ad tech industry by engaging in a systematic campaign to seize control of the wide swath of high-tech tools used by publishers, advertisers, and brokers, to facilitate digital advertising.”

The lawsuit describes an extensive campaign that began with Google’s 2007 purchase of the online-advertising firm DoubleClick and continued through later acquisitions of other adtech firms–all okayed by regulators at the time–to extend its search-advertising business into the display ads that run on other sites.

These acquisitions, the lawsuit alleges, set up Google to run the programmatic machinery that choreographs an online ad transaction: the platforms on which marketers bid to place their ads based on targeting criteria, the publisher-side servers that auction off ad space, and the ad exchanges on which these parties meet.

The complaint quotes an unnamed Google advertising executive’s description of the results: “The analogy would be if Goldman or Citibank owned the NYSE.” It also reproduces a Google infographic showing how the company could collect 35 cents of every digital-ad dollar, sluiced away in four stages.

The complaint further alleges that Google enforced restrictive contracts, kept critical transaction details opaque, set up cozy arrangements with its theoretical advertising rivals Amazon and Meta, and even tweaked its AMP publishing format to favor its own ad services, all to ensure publishers would have no economically viable way out of this black box of a market.

The Department of Justice seeks damages and the forced divestiture of much of Google’s display-ads business, including its publisher ad-server and ad-exchange services. The attorneys general of California, Colorado, Connecticut, New Jersey, New York, Rhode Island, Tennessee, and Virginia joined in the lawsuit, filed in the US District Court for the Eastern District of Virginia.

In a Google blog post(Opens in a new window), display-ads VP Dan Taylor rejected the lawsuit’s contentions, saying the DOJ’s remedy would make it “harder for Google to offer efficient advertising tools that benefit publishers, advertisers and the wider US economy.” He cited competition from Microsoft, Amazon, Apple, and TikTok, though only the first one can place display ads on publisher sites.

Prince William Went By A Totally Different Name At University