Sarah Boone faces a second -degree murder charge in death of Jorge Torres Jr., but the hearing has been delayed. Court records also show that the couple has a history of domestic violence.

Boone is charged with zipping her boyfriend into a suitcase during a game of hide and seek. And leaving him in there to die. He suffocated after being zipped in and left for several hours.

When Boone called 911, she said that the two had been drinking and that they were playing a game of hide-and-seek. 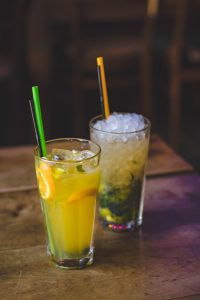 The case has been continued due to her attorney contracting COVID. Torres Jr. died in 2020, but Boone did not appear in an Orange County courtroom for the hearing. The trial, formerly set for Jan. 30th, is now set to begin around April 10, the judge said.

Frank Bankowitz, Boone’s attorney, appeared virtually at the meeting and stated that he will use the “battered spouse defense” at trial. Deputies were called to the Winter Park home in February 2020 when Boone reported that her boyfriend, Torres Jr., was dead.

According to the affidavit, while playing hide-and-seek, they thought it would be funny if Torres Jr. got into the suitcase. The court records state that Boone says that she zipped Torres into the suitcase but passed out in her bed.

She later told deputies that she slept all the way until the next morning, only to awake and realize that Torres was still in the suitcase, according to investigators. Boone called her ex-husband, who lives a few minutes away, when she found Torres unresponsive in the suitcase. Upon seeing Torres Jr.’s body, the ex-husband told Boone she needed to call 911, records show.

What do you think so far? Pretty wild story huh? For the rest, go to Hearing Delayed for Orlando Woman Accused of Suitcase Killing: Part Two.

Six-Year-Old Comes Up With A Clever New Word And Wants It...

San Francisco police get supervisors’ approval to use robots to kill

Woman with face and body covered in tattoos accused of worshipping...