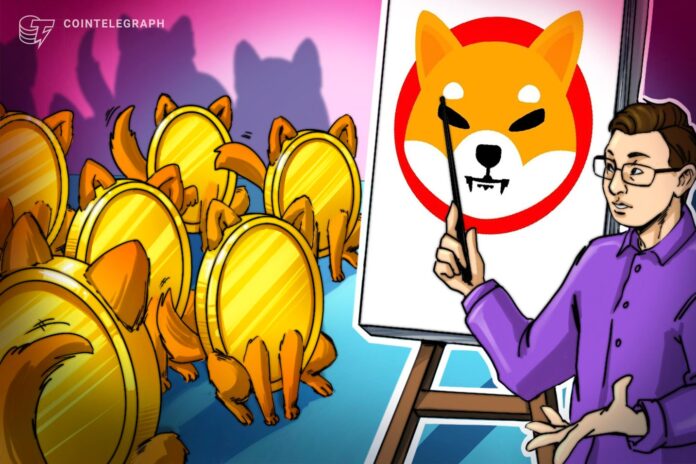 The developers of the dog-themed token Shiba Inu (SHIB) posted an update to inform its community about its upcoming beta release of Shibarium, a layer-2 network that will run on top of the Ethereum mainnet.

In an announcement, SHIB developers shared information about layer-2 blockchains and highlighted that Shibarium is being built to provide a tool to allow the community to build and grow the project and fulfill its founder’s vision. While some believe that the creation of Shibarium is a way to increase the meme token’s price, the developers noted that this wasn’t the goal. They wrote:

“Patience is key, and some see Shibarium as a price-pumping tool, but that is not the project’s focus and never has been.”

Instead, the developers mentioned that the goal of the new update in its infrastructure is to “revolutionize the Shiba ecosystem” by removing barriers to entry for small transactions, upgrading the speed, allowing the development of decentralized applications and integrating nonfungible tokens.

A key update in the new announcement is one of the most-requested features for the project, which is a burning mechanism for SHIB. According to the developers, “all transactions on the network will have an implicit burn amount for $SHIB token.” This mechanism will occur whenever a transaction is made within the network.

While the developers did not give an exact date for the release, the team reiterated that their answer to all questions relating to the time frame is “soon.”

Members of the Shiba Inu community expressed their excitement over the new development. Some believe that there are many things to look forward to in the ecosystem’s future while others are just glad to read a new update on the project.

I just want to say that I appreciate the updates. That’s all I asked for. Now, this is transparent. Second, anyone asking in the comment section when shibarium is coming out, read the first 2 paragraphs. You guys nailed it.

On Nov. 22, SHIB developer Shytoshi Kusama reported on social media that the World Economic Forum (WEF) invited the project to collaborate on creating a global policy on the metaverse. The developer highlighted that if it comes to fruition, the project will work with other tech giants like Facebook and Decentraland in helping the WEF develop the policy.

Dog Forced To Wear Sunscreen After Groomer Cuts Off All His...

‘I told my sister-in-law that her wedding wasn’t special – I...

Waitress Reveals Her Payslips To ‘Prove’ Restaurant Was Taking Her Tips