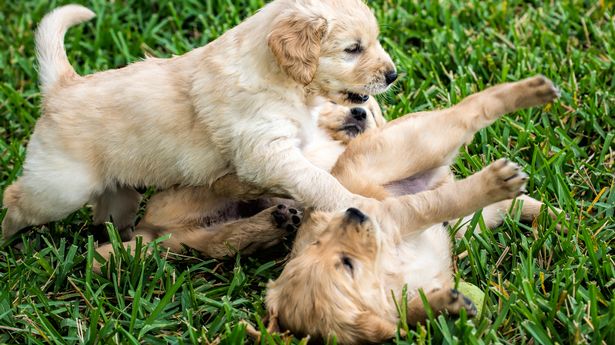 New research has revealed the trendiest dog names of 2022, with royalty, football and politics all having an influence on the nation’s pooches – and one rather surprising ‘human name’ ranking in first place

Pet owners take inspiration for names from everywhere and anywhere – including the most unlikeliest of places, like politics and transportation. Some people prefer to opt for popular names for their pups that are easy to pronounce, while others like to choose the quirkiest and most unusual words they can.

New research has revealed the trendiest dog names of 2022, and it seems Brits are drawn more to human names than traditional dog ones. The study conducted by Rover.com, the world’s largest online marketplace for pet care, officially crowned Mike as the UK’s top dog, closely followed by the likes of Preston, Smokey and Mabli.

Human names are clearly favoured and the name Gary is having a comeback, having trended 531 percent upwards – despite it facing extinction among people.

However, it seems Brits are put off by traditional pet names, such as Lassie, Champ and Fluffy, as they are all decreasing in popularity this year.

It’s out with the old and in with the new as 29 percent of pet parents say they’ve opted for humorous and fun names for their pooches.

Some of this year’s best examples on Rover include Tuppence, Albus Dumbledog, Brad Pett and Baron Von Tail Wagger.

Nevertheless, naming a dog is no mean feat as 18 percent admit to considering changing their dog’s name at a later date as they regretted their decision.

The Lionesses have proven to be an inspiration in more ways than one, with leading goal scorers Kirby and Beth topping the trending list of names from the team.

With the men’s World Cup taking place this month, the report foresees Jack to be fan favourite for a second year in a row, as his name tops the ranks.

However, it seems the nation is fully behind captain Harry Kane, as both his first and second name feature, alongside Jordan andPickford, Declan and Sterling .

After the eighth season of Love Island, it appears to continue to be a source of inspiration for pet pals.

Paige increased by a whopping 931 percent, followed by her ex-partner Jacques.

Although Tasha, Summer and Luca also proved to be popular, Gemma took a downwards spiral.

With blockbuster hits such as Top Gun premiering in 2022, the names Bradley and Maverick appeared popular.

What’s more, Tom Cruise had his first and last name featured in the list this year.

Designer brands including Armani, Prada and Dior all trended up this year.

But with UK politics in turmoil, it’s hardly surprising that pet parents have shield away from naming their dogs Boris and Liz – though the name Rishi was added to the platform this year.

Royal names such as Queenie and Lizzie are trending upwards, though the name Louis has been disregarded, trending downwards.

Charles has also declined by 156 percent compared to 2021, however, Camilla entered the ranks this year.

Canine behaviourist Adem Fehmi said: “We like to think of dogs as core members of our families and our bestest friends, so like naming humans, it’s no surprise that it’s a difficult task, and one we want to get just right.

“As dogs have become more central to our lives in recent years, it’s easy to see why a few human names have been favoured over others by pet parents for their pups.

Top tips for naming your dog:

Giving your dog a short name can aid them in learning and hearing their name clearly when called, as well as responding to it when needed.

One or two syllables work well and don’t take too long to say. A simple name can also be beneficial for your dog’s learning when undertaking training.

Names that sound like commands can confuse your dog and can ultimately slow down training.

The same goes for Nova as it sounds like ‘no’, which could have negative associations for your dog.

Consider a name that has a vowel or vowel sounding consonant at the end. These types of names roll easily off the tongue.

When saying a name like this you are also more likely to elongate the vowel sounds and change your pitch of voice for the second syllable – which is important when calling their name to get their attention or for recall purposes.

Often these sounds sound more positive and inviting to your dog, helping them to want to respond accordingly.

Pick a name that suits your dog’s looks or personality, and something that you love.

If you can’t decide straight away, then perhaps simply observe and spend time with them for a while before choosing.

Does your dog have an unusual name? Email nia.dalton@reachplc.com.

Boy, 9, hilariously tricks dad into buying puppy by pretending to be mum on WhatsApp