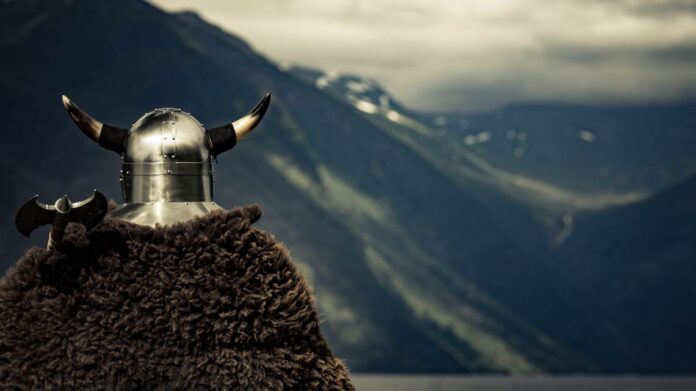 Humans have celebrated dogs as their best friends since time immemorial. But the relationship between humans and cats could be characterized as more ambivalent. Recent research into Viking felines demonstrates that domestication often culminated in a grim end. After all, Vikings prized cats for two reasons: their rodent-hunting abilities and their coats. In other words, when felines started slacking on the mousing, they faced transformation into a cape or a coat.

Despite the early pitfalls of pethood, we can all agree that cats have since gained the upper hand. Now among the most pampered pets on the planet, cats continue to give dogs a run for their money when it comes to dollars spent on fancy food, treats, and toys. But there was one thing the Vikings did with cats better than almost anybody else — travel.

In the process, they inadvertently assisted their whiskered friends in conquering the four corners of the globe.

Vicious Raiders and Their Cuddly Kittens

In the Dark Ages, the Vikings clinched the role of sea-faring Alphas (male and female), who pillaged and murdered their way through the British Isles, Europe, Iceland, Greenland, and North America the way we go on Caribbean cruises today. Far from a cuddly culture, they made mayhem a hobby, as the poor Irish monks of Lindisfarne found out firsthand.

Vikings approaching Winchester in the 9th century. Via Wikimedia Commons.

Considering their nonchalant approach to violence, you might assume they’d go pet-less or at least stick to wolves or some other toothy, intimidating critter. You know, something super “metal.” But such was far from the case. Instead, the raiders of the North preferred fluffy kittens.

How did cats get to Scandinavia in the first place? Recent examination of feline DNA from archaeological sites dating to 15,000 to 2,700 years ago suggests the ancestors of today’s cats expanded across the world during two distinct periods, separated by millennia. The first migration event saw them move from the Middle East into the Mediterranean. There, local farmers welcomed the four-legged creatures, pleased to have effective rodent-control services in their fields and crop storehouses.

The Second Wave of Felines

The Mediterranean remains a long way off from the edges of Northern Europe, though. So, how did cats make the jump to modern-day Denmark? The next migratory leap took thousands of years to stage and originated in Egypt. This time, felines got a leg up from seafarers who wanted to deter vermin from setting up shop on their ships. These sailors included Vikings, as attested by one Nordic site in Germany where scientists discovered cat DNA resembling that of ancient Egyptian felines.

This second wave of cat migration began around 1700 B.C. and picked up significant speed by the A.D. 400s. To reach this conclusion, researchers like Julie Bitz-Thorsen of the University of Copenhagen dug through a trove of animal bones at the Zoological Museum, dating from the Bronze Age to the 1600s.

In their examination of the bones, they found grisly evidence, indicating the cats in question served as more than pets or mousers. They also represented the backbone of a localized DIY fur industry. Bitz-Thorsen explains, “You can tell the cats were skinned — they have cut marks, or the neck has been broken.”

From Fur Producers to Treasured (and Fat) Pets

Perhaps the most fascinating insight discovered by Bitz-Thorsen and her colleagues was the physiological transformation felines underwent over the centuries. Typically, when animals get domesticated, they shrink in size. For example, your average dog is about one-quarter smaller than its wolf ancestors. (And that says nothing for diminutive breeds like miniature pinschers and teacup toy poodles.)

When it comes to felines, however, DNA shows something altogether surprising. Instead of getting smaller, “domestication” caused cats to balloon. (Enter Garfield!) That said, how domesticated cats actually are remains up for debate. But the science supports significant growth following their association with humans. Archaezoologist Wim Van Neer notes, “Such a shift has never been documented elsewhere, as far as I know.” The bottom line? Vikings fed their cats well, very well. And they passed the tradition down to generations of humans.

It’s a remarkable tale of interspecies cooperation that continues to this day. But we might want to reevaluate the perpetuation of this growth trend. After all, a 2015 study from the University of Edinburgh concluded domestic cats evidence the desire to kill humans and probably would if they got strong enough and big enough. Apparently, some of that fierce Viking attitude rubbed off on their furry friends!

Woman accused of ‘ruining’ her friend’s wedding after refusing to let...

‘My colleague’s wife sent me a threatening text about her man...