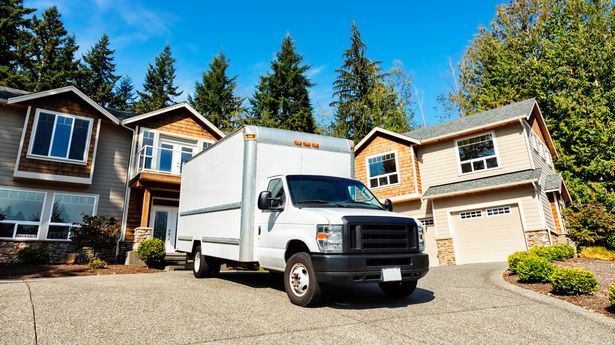 Arguably, neighbours can be one of the best and worst parts of owning a home, so we try to keep them on our good side where we can. However, a woman has voiced her rage after neighbours have kicked up a fuss over a parking spot that isn’t even theirs.

Undergoing some renovations to her property, the homeowner allowed the builder’s van to overhang onto the neighbour’s drive, which is awaiting new owners to move into. However, other owners on the road – who have eight cars across the street – are kicking up a fuss, and the woman is refusing to have the van moved.

Filing the post in the “Am I being Unreasonable” section on popular forum Mumsnet, the woman wrote: “My neighbour’s house sold recently, they’ve not moved in and nobody has met them.

“The house next door to them has decided to start parking their cars on the sold houses drive. Personally, I think it’s a bit of an overstep and cheeky.

“Fast forward to this morning and I’m having a kitchen fitted. He’s turned up in two vans, one across my drive and the other half across my neigbours (the sold one).

“For reference, the whole road is dropped and there is limited parking,” she added.

“I thought this was fine considering next door has moved in and they also weren’t blocking the other (cheeky) neighbour’s car from getting on and off the drive.

“Queue said neighbour knocking on my door to tell me the van needs to move, I’ve refused on the grounds it’s not their house and they have eight cars across the street every week and I’ve not said anything.

Seeking advice, the woman questioned: “Am I being unreasonable? Surely she can’t be real.”

Explaining the peculiar ordeal further, the woman explained: “They also park on the drop kerb with all of the additional cars, so I’m not worried about this.

“They haven’t bought the house as I was the one that told them to it has sold as mine and next door were for sale at the same time. A couple that I out bided on mine bought next door.”

Taking to the comments, users shared their thoughts on the situation as one commented: “Maybe the cheeky neighbours have bought the house!”

However, another wrote: “Technically, you can’t park across a dropped kerb even if it’s your own, so if they chose to be awkward and persuade a PCSO to drop round, you could be asked to move both vans!

“In practice, I doubt it would happen, though.”