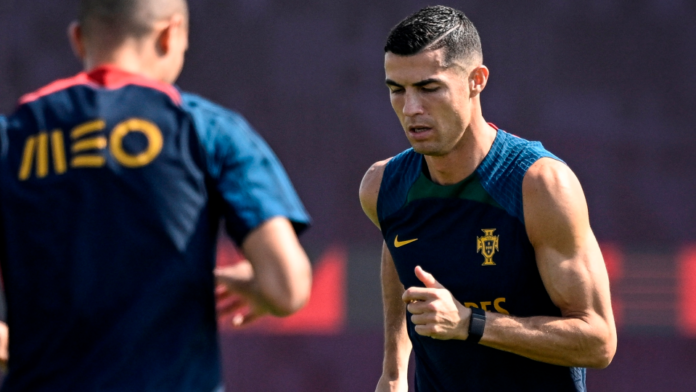 Just when we thought we saw the upset of the tournament, Japan went and matched Saudi Arabia’s by coming from behind to defeat Germany 2-1.

Despite going behind to first half penalty, two goals in eight second half minutes from Ritsu Doan and Takuma Asano turned the game around and secured a momentous victory for the Asian heavyweights.

It was dreamland for Japan, but another horror opening game for Germany, who also lost their first game in 2018 on their way to a humiliating group stage exit.

It makes things in Group E very interesting, as Germany now have to play catch up to a Spain side that obliterated Costa Rica 7-0 in what was their biggest ever World Cup win.

It was a game where Spains young stars shone, as Gavi became the youngest ever goalscorer at the World Cup since Pele at the age of just 18 years old.

Earlier on, Morocco and Croatia couldn’t be split as the sides played out the third 0-0 draw of the tournament so far in a game of few chances.

In the final match of the day, Alphonso Davies missed a penalty as Canada fell to a narrow 1-0 defeat against Belgium in their first World Cup match in 36 years. Les Rouges were highly impressive and deserved a point or maybe more, but poor finishing cost them against one of Europe’s best sides.

Day five see’s the final set of first round group games, as the likes of Brazil, Cristiano Ronaldo’s Portugal and Uruguay all get their campaigns underway.

Uruguay’s star studded front line then faces the Heung-min Son led South Korea, who will be looking to cause yet another upset like they did in 2018 when they defeated Germany in the same stage 2-0.

All eyes will then be on Cristiano Ronaldo at Stadium 974 when he leads his country Portugal against Ghana, there will be great interest as the world wonders whether his recent and tumultuous exit from Manchester United will affect how he plays for his country at his last World Cup.

In the late kickoff Brazil, many people’s pre tournament favourites, begin their campaign against a strong Serbia side. With a star studded attack and depth all around the pitch, will this be the start of a journey to World Cup glory for Brazil?

The second set of group games begin tomorrow, with some teams looking to secure passage to the knockout stages, whilst others will need a win to keep their hopes of progression alive.

Wales take on an Iran side desperate to bounce back from their humbling 6-2 defeat to England, before hosts Qatar look to avoid the embarrassment of becoming the second host nation to fail to qualify from the group when they take on Senegal.

Netherlands and Ecuador lock horns looking for a win that would confirm their round of 16 spot, before a titanic clash between England and the USA will have the world glued to their screens in the late kickoff.

World Slapping Champion Gets Knocked Out For The First Time

It’s Been Five Years Since Harambe The Gorilla Was Killed At...