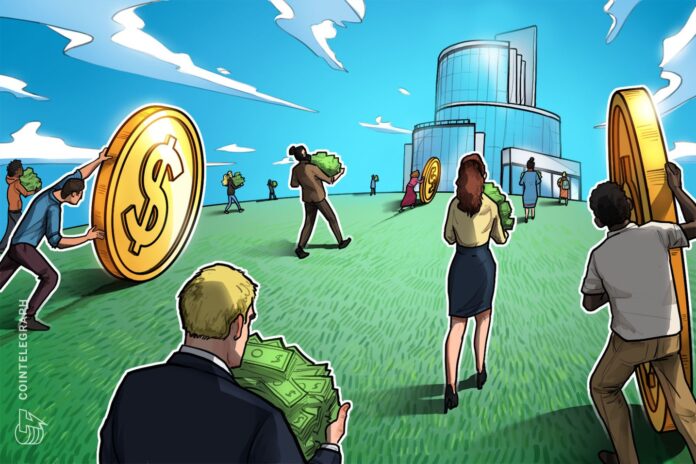 Mobile games publisher Carry1st has closed a $27 million funding round to advance its publishing and digital content creation platform in Africa — a region its backers say is ripe for Web3 adoption.

The $27 million funding round was led by Bitkraft Ventures with additional participation from Andreessen Horowitz, also known as a16z. TTV Capital, Konvoy, Alumni Ventures, Lateral Capital and Kepple Ventures also participated in the funding round.

The latest deal came a year after Carry1st secured $20 million in funding supported by a16z and Google-parent Alphabet. At the time, Carry1st said the funding would go toward expanding internal capacity and growing its content portfolio. This included exploring Web3 play-to-earn gaming and the integration of nonfungible tokens into the gaming experience.

A spokesperson for Carry1st told Cointelegraph that the latest funding will be used to expand the capabilities of Pay1st, the company’s monetization-as-a-service platform, which allows third-party publishers to make more money in Africa.

As a game publisher, Carry1st provides a full-stack solution for monetizing and managing mobile games on the African continent. In 2022, the company partnered with Los Angeles-based Riot Games, the creator of League of Legends, to pilot local payments for its gaming titles in Africa.

Related: Bitcoin Lightning Network to be used in fiat transfers between Europe and Africa

Africa has emerged as one of the fastest-growing digital asset markets in the world. The continent’s foray into crypto has even gotten the attention of the International Monetary Fund, or IMF, which published a report in November highlighting growing uptake in places like Kenya, Nigeria and South Africa. Citing Chainalysis data, the IMF said crypto transactions on the continent peaked at $20 billion per month in mid-2021.

Africa’s crypto adoption is spearheaded by its young population, government mismanagement of the economy and the lack of efficient banking infrastructure. As a result, more citizens are opting for decentralized payment systems like Bitcoin (BTC) and stablecoins.

When asked about the potential for Web3 adoption in Africa, a spokesperson for Carry1st told Cointelegraph that the region is not unique in its appreciation of gaming but that mobile technology will play a role in democratizing its access. “Games are the dominant form of media pretty much everywhere in the world. We don’t believe that Africans are fundamentally different from anyone else in the world — we all need to have fun, connect with others, and feel a sense of personal progression,” they said, adding:

“Mobile democratizes access to games such that a person doesn’t need a $1000 console to enjoy, they can use a gaming device which already exists in their pockets. As a result, mobile gaming adoption has been soaring in Africa due to awesome demographics, increased smartphone penetration, and rising incomes.”

Huge Mushroom Cloud Fills Sky In Kiev, Some 60 Miles From...