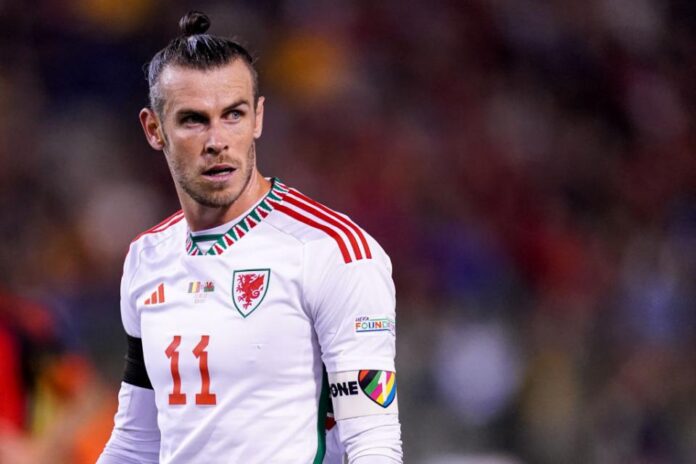 LAFC’s Gareth Bale may be into the dying embers of his career but the legendary forward still flickers bright on the big stage.

Scoring in multiple UEFA Champions League finals is a skill reserved only for generational talents. Then comes Bale, who counts a mind-blowing overhead kick among the iconic goals he’s scored at the pinnacle of club football.

The Welshman is captaining his nation at the 2022 FIFA World Cup for what is expected to be his final appearance at a major tournament.

Bale will be on hand for more stunning free-kicks and moments of genius at the heart of Wales’ team, but a lack of match action in MLS leaves questions over his readiness.

The Sporting News gets you up to speed with the details of Bale’s glittering career for club and country.

The 33-year-old signed for MLS side LAFC in June on a free transfer, bringing the curtain down on a sour encore to his European club career.

After making his debut in July, Bale played a minor role in the Los Angeles side’s Western Conference triumph alongside the likes of Giorgio Chiellini, Carlos Vela and Cristian Tello.

The Welshman started just two regular-season matches for the Black and Gold in 2022, appearing from the bench in 10 games – but only twice for a stint longer than 35 minutes. He scored twice in that span, but saved his biggest contribution for the season’s most critical moment.

Coming on as an extra-time substitute in the MLS Cup final against Philadelphia, Bale answered a 124th-minute goal by the Union with a header in the 128th that sent the contest to penalties, where LAFC prevailed.

That heroic effort sends Bale to Qatar with some positive momentum and should settle Welsh nerves.

Bale agreed to a one-year contract in MLS when he signed in June, with LAFC holding the option to extend for an extra year.

The Welshman said at the time: “This is the right place for me and my family and the right time in my career.”

Bale’s 12-month contract is reportedly set to earn him $1.49 million, a huge drop from the $33 million he earned annually at Real Madrid.

The Designated Player rule (or, the Beckham rule), allows clubs to have three players on their roster that fall outside the salary cap.

Bale became the world’s most expensive footballer when he signed for Real Madrid in 2013, the Spanish titans paying $130 million to lure him away from Tottenham.

Although the Welshman’s relationship with the fans and, eventually, the club as a whole turned toxic, Bale certainly delivered enough incredible moments to warrant that astronomical fee.

The Madrid No 11 lifted four Champions League titles, scoring three goals across two separate finals. Former Madrid strike-partner Cristiano Ronaldo (four) is the only man who has equalled that tally in the final.

Bale’s bicycle-kick in the 2018 final victory over Liverpool is hailed as one of the greatest goals in the competition’s history.

Even at Madrid, though, Bale is seen as a case of ‘what could have been’ – a testament to his boundless potential. The Wales captain’s time in Spain was ravaged by injury and he never could be relied upon for a consistent output like Ronaldo or Karim Benzema.

Madrid’s fans and the Spanish press were suspicious of Bale from the outset, owing to his aversion to learning Spanish. The relationship broke down completely in the final years of Bale’s stay, when they accused him of preferring a game of golf to earning his millions in white.

Bale certainly did nothing to offset that reputation, hilariously trolling the Madrid fans on several occasions. He eventually appeared just 20 times in LaLiga over his final three seasons there.

Tottenham plucked an 18-year-old Bale from Southampton in the summer of 2007, signing the flying young full-back on a four-year deal for an initial $5.7 million.

The early part of Bale’s career in London was blighted by same same problem that would effect him later: injuries. It wasn’t until the 2009/10 season that he finally nailed down a starting spot in the starting XI.

The youngster’s bombing forward runs begun to convince Spurs boss Harry Redknapp that he could be dangerous farther up the field, and eventually Bale would make the permanent transition into the attack that launched his career.

Bale’s stunning hat-trick against Inter Milan in the Europa League back in 2010, turning Maicon inside out on an unforgettable European night, truly announced the Welshman as a potentially world class talent.

The Spurs star won the PFA Player of the Year award that year, but Madrid’s eye was drawn by what followed. A staggering 26 goals during the 2012/13 season from the wing, finishing third in the golden boot race, made the world stand up and take note.

Bale stands as Wales’ all-time highest goalscorer and the iconic symbol of a golden era for the Dragons. Ahead of his final World Cup, he wants to further cement that legacy.

The fact that he’s led Wales to their first World Cup since 1958, having already captained them at their first European Championships ever in 2016, would be enough.

However, his role as the focal point of Wales’ incredible run run to the Euro 2016 semi-finals, beating Belgium along the way, will mean he lives long in the memory for Welsh soccer fans.

Bale was once listed at 73rd on Forbes’ list of the highest paid athletes, after sitting among soccer’s best earners since his Madrid move.

Bale married his high-school sweetheart Emma Rhys-Jones in 2019, who he met in Cardiff in the early 2000s.

The couple have had four children together, with their youngest, Xander, born only last August.

Their eldest, Alba Violet, was born in 2012, followed by Nava Valentina in 2017. The Bales’ first son, Axel followed a year later.

Man Played Prank On His Home Town For 40 Years

You May Be Storing Vegetables The Wrong Way In Your Fridge

DIYers left in hysterics over ‘rude’ names for paint colours being...