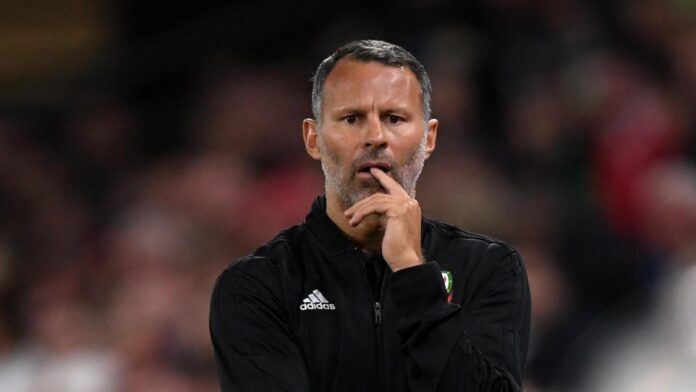 As Wales compete at their first World Cup since 1958, Rob Page will be hoping for a memorable few weeks after permanently replacing Ryan Giggs in June.

Giggs racked up 64 caps as a Wales international as their leading light from 2000 onwards, although they were frustrated in their efforts to reach a major tournament.

The former Manchester United winger amassed trophies as part of Sir Alex Ferguson’s dominant side and was the global star of the Wales side, despite frequent injury-enforced absences.

He then became manager in 2018 but stepped down this year amid a legal case.

What is Ryan Giggs up to now?

After bring down the curtain on a stellar career at Old Trafford, which included a record 13 Premier League titles, Giggs ended his time at the club as interim manager.

Following David Moyes’ dreadful spell in charge, Giggs was appointed as his temporary replacement for the final weeks of 2013-14, before Louis van Gaal’s arrival.

Van Gaal retained Giggs as his assistant manager, but Jose Mourinho’s move to the club in 2016 signalled the end of Giggs’ time on the United bench.

He took up the challenge of replacing Chris Coleman as Wales boss in 2018, before a legal case again forced him to step away in 2020, and he formally resigned this summer.

Giggs was initially arrested on suspicion of assault in November 2020, in relation to an allegation made against him by his ex-partner, and he was immediately placed on leave by the FAW.

He denied all charges during a trial in Manchester in August 2022. The jury was later dismissed by the judge after failing to reach a verdict on any of the counts named.

Is Ryan Giggs in jail?

Giggs is on bail ahead of his retrial in July 2023.

Giggs and the FAW opted for a policy of caution during the police investigation, and subsequent court case, as Rob Page stepped in as caretaker.

Page led Wales at Euro 2020, with Giggs still on leave, and the FAW indicated the former would manage the team at the 2022 World Cup, if they qualified.

As a court date was eventually confirmed, Giggs resigned, and Page secured a play-off spot in Qatar, with the FAW swiftly confirming a contract extension for him.

Did Ryan Giggs play in a World Cup?

Giggs finds himself on a long list of frustrated stars never to play in a World Cup tournament despite a fine playing career.

However, he is United’s all-time leading appearance-maker (963) and, with 25 major honours, he is the most decorated player in British football history.

His numbers for Wales place him outside of the top 10 for appearances and goals, with near misses for USA 94 and Euro 2008, the closest he came to qualification for an international tournament.

Battersea’s four-step training method to get dogs to stop jumping up...